Mahrez Or Mane: Who Deserves To Be Named African Footballer Of The Year? 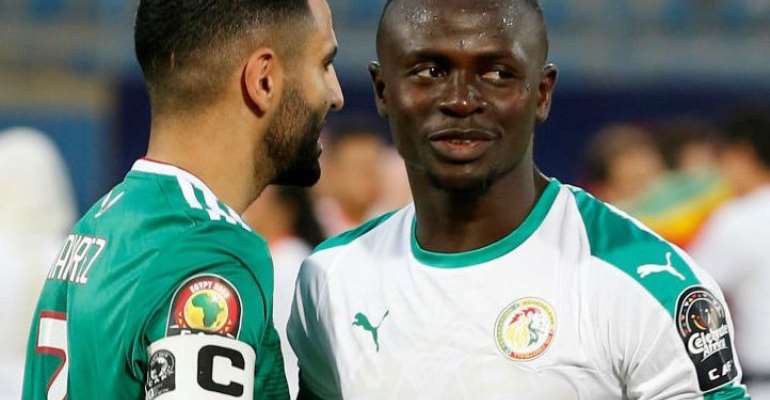 On Tuesday, the Confederation of African Football will crown Africa's Player of the Year for 2019, with Riyad Mahrez, Sadio Mane and Mohamed Salah the three players shortlisted for the award.

In this Great Debate, Goal writers Seye Omidiora and Solace Chukwu each present a case for the player they believe ought to receive the award.

Riyad Mahrez
The peculiar thing about individual awards is that when there’s a hype train in motion, mixed with the right media spin; it’s often tough to consider other contenders for the particular honour.

Thus, unsurprisingly, everyone seems to be focused on Liverpool’s Salah and Mane for the 2019 African Player of the Year, while somewhat neglecting 2016 winner Mahrez, who thrived in the calendar year for Manchester City and Algeria.

The Reds pair claimed the Merseyside club’s sixth European crown in June, and Mane appears to be the frontrunner, but what about Mahrez?

Having endured a tough start last term in his maiden campaign at City, in which Pep Guardiola chose to use him smartly, the Algerian seldom disappointed when called upon.

He was influential in the Citizens’ 7-0 FA Cup win over Rotherham United in January – the first time the club scored that many in the competition since 1968 – as well as a 9-0 thrashing of Burton Albion in the first-leg of their EFL Cup semi-final – another milestone for goals that hadn’t been reached in over three decades.

Furthermore, Mahrez’s impact in Pep’s City’s Premier League run-in was notable over two games, against Bournemouth in March and Brighton & Hove Albion on the final day.

In the former, the wideman scored, albeit fortuitously, against a Cherries side that was intent on absolutely frustrating Pep’s troops to help his side to a 1-0 win, while coming up trumps on the final day with a majestic individual performance in their comeback 4-1 win at Brighton & Hove Albion.

Mahrez won the domestic treble in his first year in Manchester, an unprecedented feat in English football, and City were, notably, the only side to successfully defend the league title in the 2010s.

He carried that winner’s aura into the 2019 Africa Cup of Nations for Algeria too, as they won their first title since 1990. In the knockout rounds, when the going got tough, he still influenced proceedings for Djamel Belmadi’s troops, with a pair of goals against Guinea and Nigeria.

Cup competitions are remembered for the really remarkable moments, and they don’t come bigger than the attacker’s last-gasp free-kick winner against the Super Eagles in the semi-final.

By contrast, Mane didn’t score after Senegal’s Round of 16 win over Uganda.

Digging deeper, you’d realise the forward scored just once after the last 16 in Liverpool’s Champions League run, too.

For Mahrez, the competition for places at City, especially in the forward positions, means shared minutes for everyone up front, so game time, while being a factor to consider, remains inferior to impact under added pressure.

He’s had to fight to show he’s tough as nails to become arguably City’s most threatening wideman this season and will be crucial in their European push this term.

In 2019, Mahrez won four titles with club and country, having an impact whenever he was needed by both. Surely, he is the deserving King of African Football.

Sadio Mane
While Mahrez has perhaps the standout moment of the year of any of the final three nominees -- the timing of that semi-final free-kick, and the sheer significance of it makes it practically impossible to top --there can be little argument that Mane is fully deserving of the title of Africa’s best player.

To begin with, the Senegal international has been one of the more influential players spearheading Liverpool’s finest team of the last four decades alongside fellow nominee Salah. In 2019, Mane went up a level, tying for the Premier League Golden Boot and lifting the Uefa Champions League in Madrid.

What has followed -- Uefa Super Cup and Fifa Club World Cup trophies, as well as a near-flawless league campaign so far -- has only served to buttress the sense of inevitability to Liverpool: Jurgen Klopp’s side find a way to exact themselves upon matches, and are furiously consistent.

Of their front three, Mane embodies this the best. There have been dips and troughs from Salah and Roberto Firmino, but the former Southampton and Red Bull Salzburg man has managed to maintain a steady level of performance and output for the majority of the year.

His contributions were rightly acknowledged with a fourth-place finish in the voting for the Balon D’Or, a placement most have expressed their dismay with. No less an authority than Arsene Wenger backed his claim for top spot, describing him as “the outstanding character” in Liverpool’s continued rise, and praising his fearlessness.

“He is a fighter, and he is efficient. He deserves huge credit,” the former Arsenal boss opined.

Admittedly, he may not have been able to deliver the Afcon title that Mahrez did, but he did more than his fair share, scoring thrice in the tournament to power the Teranga Lions.

A run to the final, while ultimately futile, certainly counts for something, and there should be no shame attached to it.

Also, while he does not have that single moment of euphoria, he does have perhaps the most complete showing of any African player in the year. In February, Liverpool travelled to Munich to face giants Bayern at the Allianz Arena, and Mane delivered a performance for the ages.

The 27-year-old utterly destroyed the Bavarians, bamboozling Manuel Neuer and the entire Bayern defence to open the scoring, before proceeding to torment Joshua Kimmich time and again on the night. It was a marquee performance on the biggest stage, under the keenest of spotlights, and he served definitive notice of his greatness.

In 2019, there simply was no more complete or accomplished African performer in all of football.