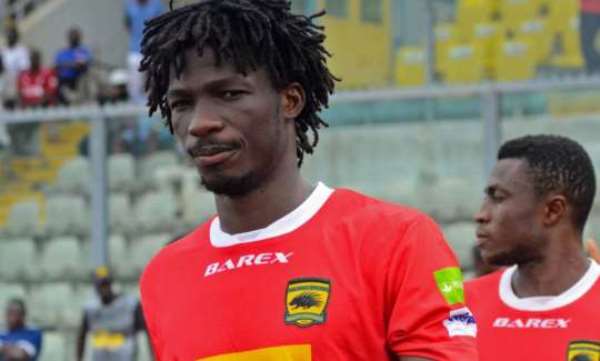 The 26-year-old exhibited an impressive display on Friday against Legon Cities FC at the Accra Sports Stadium Kotoko’s 3-1 victory.

Yecouba assisted twice as he helped his side to return to the Premier League log after two matches played.

He set up Augustine Okrah’s leveller and Kotoko’s 3rd goal of the match with a cross for Emmanuel Gyamfi and he got rave reviews from his coach, Maxwell Konadu, after the match.

According to the former Black Stars number one, he was strongly tested by the player during the match and that the forward had what it took to lead Kotoko to big things this season.

“I have been watching Sogne Yacouba and I can say that he is a clever player. He is just like Eric Bekoe.

“Bekoe could turn very well and he could shoot from either the left or the right and Yacouba is just like that.

“He also has the power and whenever he got the ball during the match, I needed to be on my guard because any loss of concentration on my part would have resulted in a goal.

“He is a good player and he has the skills to help the team. If Asante Kotoko wants to take part in the continental competitions again, then they will have to keep him.”