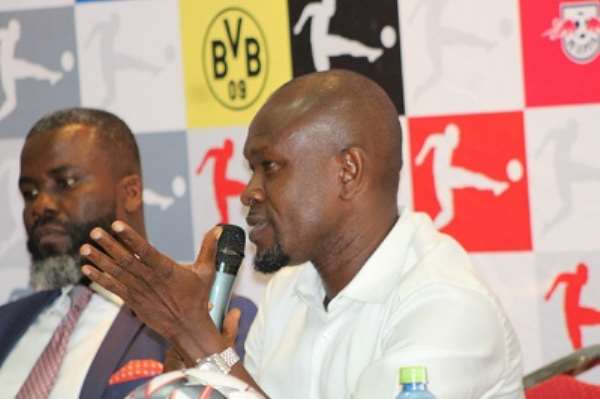 Former Black Stars skipper Charles Kwablan (CK) Akunnor has revealed that persistent injuries forced him to hang up his boots after only a decade as a professional footballer.

Akunnor started his youth career with Young Hearts Tema before going-on to make his name with Okwawu United and Obuasi Goldfields in Ghana.

After a stellar six-year stint with Fortuna Köln in the German second-tier, he landed a massive transfer with Bundesliga giants Vfl Wolfsburg in 1998, where he went on to notch 121 appearances and was eventually named skipper of the side in the 2001–02 season.

However, at the start of the following season, he sustained a knee injury which required an operation in 2003, prompting a January 2004 move to SpVgg Unterhaching, in a second-level return.

Speaking on Monday at the StarTimes Bundesliga Legends Tour in Accra, Akunnor said he stopped playing at a very young age because his body could not cope with persistent injuries.

Touching on the career of a fellow Bundesliga legend Lothar Herbert Matthäus who played to the ripe age of 39, Akunnor said it was exceptional for professional footballers to play into their late 30s.

"Let me be honest, Lothar's case is exceptional, most at times it is only goalkeepers who go that far to 28, 39, 40 not active players like us and he is an exceptional player, Akunnor said.

"Most at times, it comes with the work and also injury, when you are most of the time injured, you get tired of the game. Nowadays, the game is demanding... So, you look at it mostly after thirty, if you are fit without any injury you are looking to end your career but with an injury, you will easily quit. In my case, I stopped at a very young age because of injury".

After leaving Unterhaching in 2005, Akunnor wen on to play for AC Horsens, Alki Larnaca FC and SC Langenhagen.

He made 41 appearances and scored 12 goals for the senior national team of Ghana.

Now aged 45, he is the Assistant Coach of Ghana's national team. 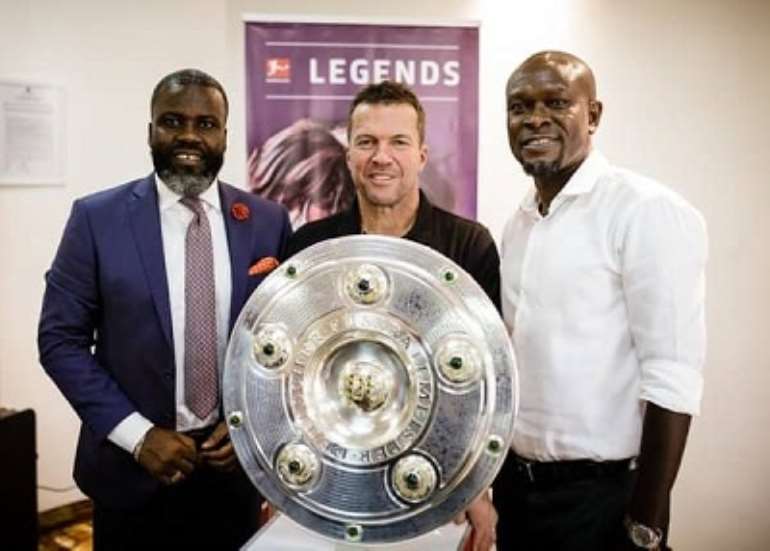 The former footballers shared their experiences in professional football and ways to develop Ghanaian football.