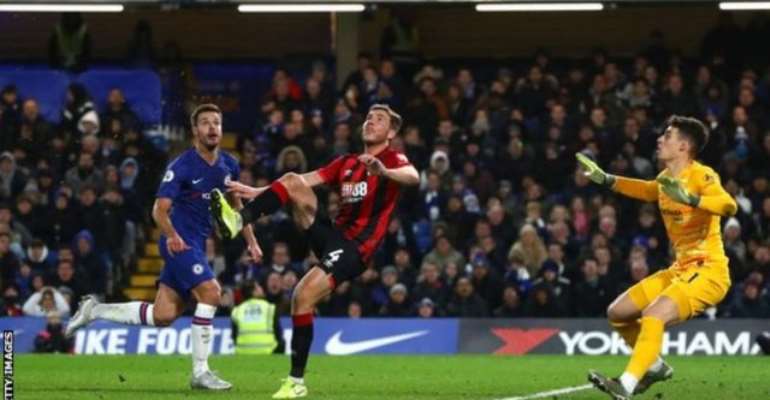 The match looked to be heading for a goalless draw when Gosling flicked the ball over his and Kepa Arrizabalaga's head, the goal originally ruled out for offside.

But the video assistant referee (VAR) awarded the goal, ending Bournemouth's five-match losing streak and earning them their third away win of the season.

Their last Premier League points had come on 2 November, when they beat Manchester United at home.

Frank Lampard's side had lost three of their previous four top-flight games and lacked tempo and creativity as they welcomed Bournemouth, who move up to 14th in the table.

Mason Mount and Emerson had the best chances to score for the hosts, but they were undone by a resolute Bournemouth defence, who thwarted their opponents' every move.