I Deserve My African Footballer Of The Year Nomination - Jordan Ayew 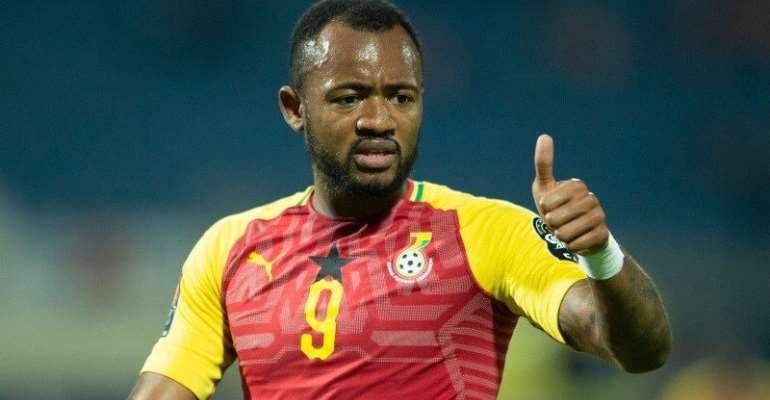 Ghana striker, Jordan Ayew says his nomination in the 2019 African Footballer of the Year award shortlist is an indication of his improved form.

The Crystal Palace striker is one of only two Ghanaians in a list of 30 players announced by Caf for the running to be crowned the continent's best player in the year under review.

Atletico Madrid midfielder Thomas Teye Partey is the other Black Star in contention.

"I had a good Afcon [Africa Cup of Nations], continued with Crystal Palace and things are going positively.

"It’s just the shortlist but it’s a sign I’m improving. I need to keep on working hard to keep on moving forward."

Ayew's nomination comes on the back of his good form for both club and country.

At Afcon in June/July, the 28-year-old netted twice to help Ghana reach the Round of 16. He also scored the only goal in the Black Stars' most recent match - a 1-0 triumph against Sao Tome and Principe in the 2021 Afcon qualifiers.

At club level, the striker has registered four goals in 13 Premier League appearances so far this season.

The last Ghanaian to win the Caf African Footballer of the Year award interestingly happens to be Jordan's father Abedi Ayew Pele who picked up the gong in 1992.

Reigning winner Mohamed Salah of Egypt and Liverpool, Senegal and Liverpool attacker Sadio Mane, Pierre-Emerick Aubameyang of Gabon and Arsenal and Riyad Mahrez of Manchester City, who led Algeria to Afcon glory, are all in contention for this year's gong.