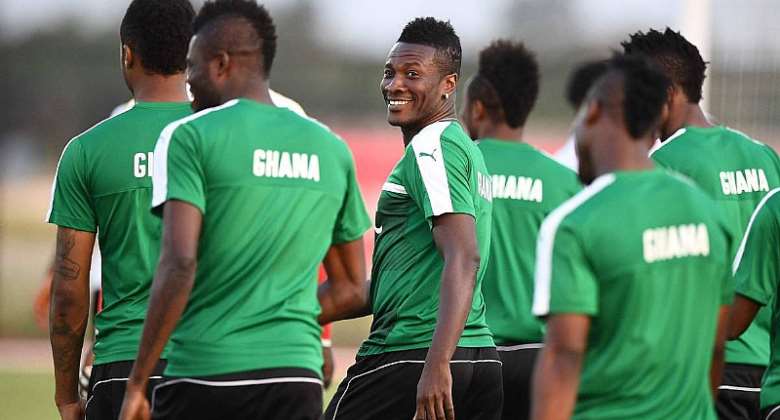 The former MTN FA Cup chairman beats off competition from George Afriyie and four other candidates to win the GFA presidential election on Friday in an elective congress at the Physician and Surgeon Council in Accra.

President Akufo Addo, clubs, FIFA among other bodies have all congratulated Mr Okraku on his election to assume the seat of the presidency of the Ghana Football Association (GFA).

And Asamoah who was the skipper of the flagship product of the GFA, which is the Black Stars has joined the tall list to wish Okraku and the newly constituted Executive Committee.

Ghana football has been a standstill since the Anas expose’ which unravelled corrupt practices in football in the West African country.

The then President of the Ghana Football Association, Kwesi Nyatakyi who was at the centre of the scandal resigned from all his positions as a football administrator from the GFA to FIFA.

FIFA set up a Normalisation Committee with Dr Kofi Amoah as president to revive Ghana football and usher in a new football administration.

The job of the Normalisation Committee was completed on Friday with the election of Kurt Okraku as the President of the GFA.

He will now serve a maximum of two four-year terms in office following the adoption of the new statutes GFA at September’s Extraordinary Congress.