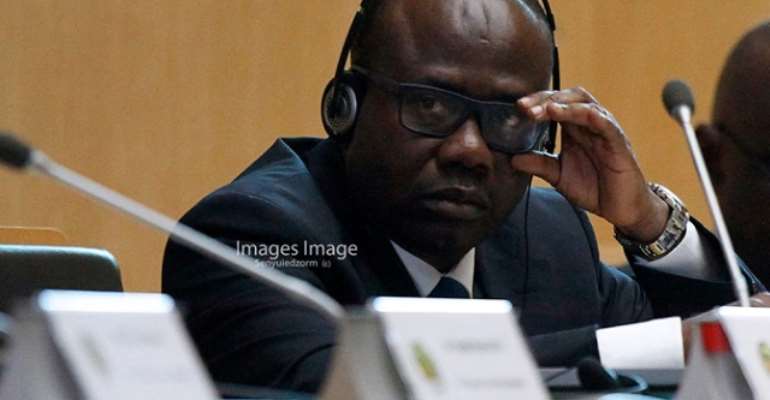 Former Ghana Football Association Communications Director, Ibrahim Sannie Daara has revealed that some members within the FA were consulting spiritualists to ensure the then Kwesi Nyantakyi's led administration fails.

The former CAF 1st vice president qualified the country to its maiden World Cup in Germany 2006.

Ghana then qualified for the 2010 and 2014 FIFA World Cup under the leadership of Kwesi Nyantakyi but failed to qualify for the 2018 World Cup in Russia due to poor planning.

Mr Nyantakyi's administration also saw the Black Satellites [U-20] winning the youth championship and the FIFA World Cup in Egypt to become the first African country to win the ultimate.

However, according to the former BBC journalist, despite Kwesi Nyantakyi working tirelessly to help in the development of football, members within the country's football governing body were consulting spiritualists to ensure Mr Nyantakyi fails as the Ghana FA president.

"There were people in the GFA who were consulting known spiritualists just to ensure that the Kwesi Nyantakyi administration failed," he told Accra based Angel FM.

"They were planting concoctions and burying animals just to see Ghana lose matches. Just before the 2014 World Cup qualifier against Egypt in Kumasi, we got wind that these people buried a goat at the Airport Roundabout.

"It took a Sports minister to go and uproot it before we beat Egypt by 6-1.

"All they wanted was to see Kwesi Nyantakyi fail and come under criticisms," he added.

In 2018, Mr Nyantakyi was banned from all football-related activities with a heavy fine by FIFA following the airing of the 'Number 12' video that exposed the rot in football and also implicated the former Wa All Stars owner.

Mr Nyantakyi is currently challenging his lifetime ban at the Court of Arbitration of Sports [CAS].