Bundesliga: Lewandowski Into The Record Books As Bayern Move Top 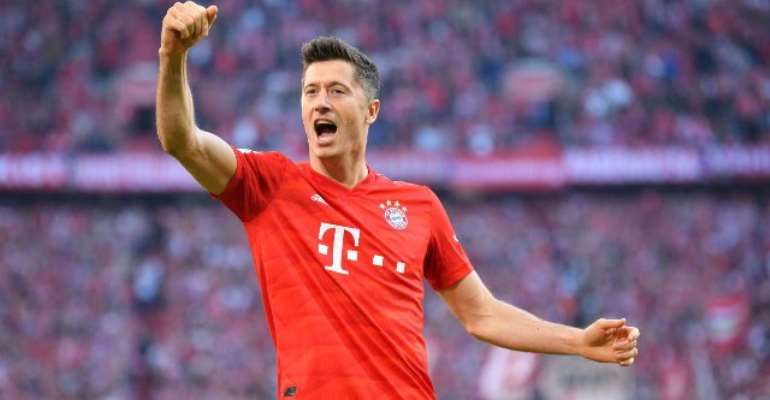 Bayern Munich moved top of the Bundesliga as record-setting Robert Lewandowski helped them to a 2-1 win over Union Berlin at Allianz Arena.

The prolific Robert Lewandowski moved into the Bundesliga record books as he helped Bayern Munich to a 2-1 victory over Union Berlin.

Having matched Pierre-Emerick Aubameyang's record of scoring in the opening eight Bundesliga matches of a season when he found the target against Augsburg, Lewandowski became the first player to net in the first nine games of a campaign when he grabbed Bayern's second seven minutes into the second half.

It was a typically composed finish from Lewandowski, who up until that point had been well shackled by Union either side of Benjamin Pavard's superb strike giving Bayern the lead.

Sebastian Andersson missed a penalty for Union on 58 minutes and, although Sebastian Polter converted a second spot-kick for the visitors late on, Bayern held firm to secure a first win in three league matches and move top of the table.