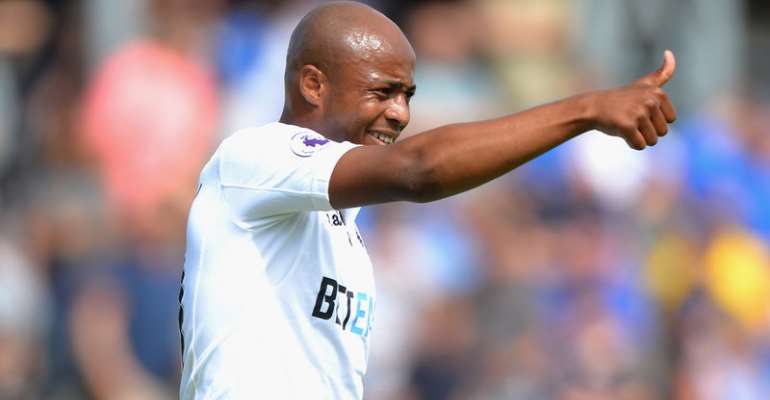 Black Stars captain, Andre Dede Ayew suffered a heavy defeat with Swansea City on Tuesday night when they locked horns with to Brentford in the English Championship.

The Ghanaian was handed another starting role for the Swans to reward him for his recent run of good form in the division which has helped the side to earn important points.

A determined performance from the away side was however enough on the day and saw them beating the home team.

Two goals from Said Benrahma and Jake Bidwell handed Brentford a deserved 2-0 lead before they two teams went into the half time break.

Though Swansea improved their performance in the second half, all attempts to get on the scoresheet failed to bear any fruits. Later in the half, Bryan Mbeumo scored to drag the result of the match beyond the reach of the host who eventually lost 3-0.

Andre Dede Ayew played the full 90 minutes but could not do much following a poor overall performance from the entire Swansea City team.

They are now winless in their last two matches and will need to bounce back as quickly as possible.