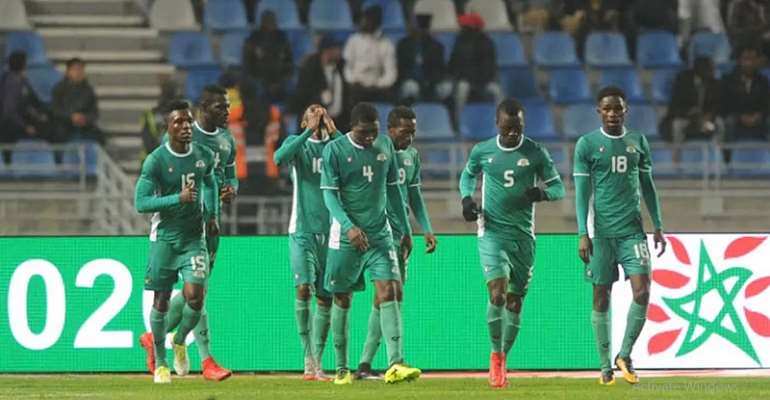 The line up for next year’s Total African Nations Championship (CHAN) in Cameroon has been completed after eight teams joined the first seven who had booked their tickets on Saturday, joining the hosts for the biennial championship.

Among the biggest casualties to miss out on a place in Cameroon include Nigeria, Senegal, Cote d’Ivoire and Ghana.

The Ghanaians failed to qualify for the second time at the expense of Burkina Faso, who held on for a barren draw at home in Ouagadougou, going through 1-0 on aggregate after winning the first leg in Kumasi.

The result extended the sorry record of the Black Stars of missing out on the last three finals of the competition designed exclusively for footballers playing in their domestic leagues dating back to 2016.

Senegal meanwhile saw their 1-0 lead against Guinea overturned in Conakry, the home side winning 1-0 to send the tie to penalties.

Mamadouba Bangoura scored in the 47th minute for the Guineans to swing the game balanced at 1-1 on aggregate and they ensured the luck of penalties remained in their favour as they won 3-1 in the shootout.

Elsewhere, despite winning 1-0 at home, the Elephants of Cote d'Ivoire could not overturn the 2-0 loss they suffered away to Niger with the Menas holding on for the nervous win. Guy Stephen Bedi scored the Ivorians’ lone goal in the 47th minute, but they could not bang in more to earn a ticket to Cameroon.

In Sale, Morocco, Anice Badri hit the back of the net twice as Tunisia beat Libya 2-1 to progress 3-1 on aggregate having won the first leg at home 1-0. Ahmed Moksi’s penalty in the 70th minute had given Libya some hope after he drew them level following Badri’s 13th-minute opener.

However, Libya could not push for a second goal and were left dazed after Badri completed his brace with an 89th-minute sucker punch.

In Bamako, Mali put up a perfect performance at home beating Mauritania 2-0 to earn a place in Cameroon. Mali who reached the final of the 2016 showpiece in Rwanda missed a spot at last year’s CHAN in Morocco.

However, they ensured they made a grand return with a well-worked victory. Mamadou Coulibaly broke the deadlock in the 42nd minute of the game before Aly Dessa Sissoko put the game to bed with a second six minutes to time.