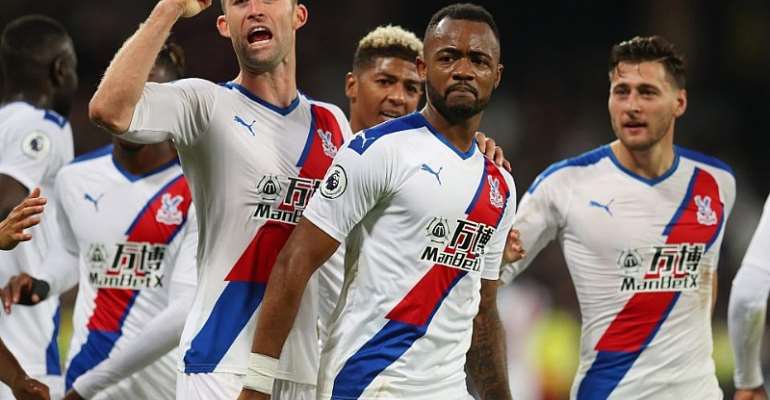 A West Ham supporter who was celebrating his birthday had his big moment ruined when he realised VAR had awarded Crystal Palace a late winner.

The fan was about to blow out the candles on his cake at home when he realised Jordan Ayew's goal was being reviewed by the Video Assistant Referee.

With the game on in the background, the goal was given and his smile turned to an immediate frown as his celebratory moment was ruined.

The original video posted on Twitter by @Chris_Heron was deleted, but it has since been tweeted out by numerous sources.

West Ham actually took the lead early in the second-half after a wonderfully worked team goal was finished off by Sebastien Haller for his fourth goal of the season.

Both sides seemed destined for a point each before Jordan Ayew's close-range finish - which was originally ruled out for offside - won it for Palace after VAR ruled there was no offside in the build-up.

The result leaves West Ham in seventh place on 12 points, while Palace leapfrog their opponents and climb to fourth spot, on 14 points.