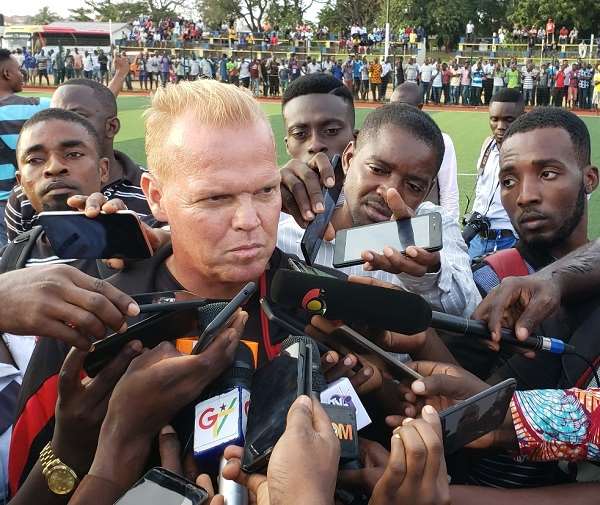 Agent of Asante Kotoko coach, Kjetil Zachariassen, Charles Kouadio has sarcastically hit back at those calling for the head of his client following their 2019/20 CAF Champions League exit in the hands of Etoile du Sahel.

The former Ashgold gaffer was tasked to guide the team to the group stage of the CAF Champions League after taking over CK Akunnor.

However, Asante Kotoko failed to qualify for the group phase after losing to Etoile Sportive du Sahel 3:0 away despite winning the first leg encounter by 2:0.

But according to Charles Kouadio, it’s too early to call for the sacking of the coach because even FC Barcelona loses football matches.

“Even Barcelona loses sometimes but I think it’s too early to talk about sack because he still has another opportunity in the Confederations Cup,” Kouadio told Fox FM in an interview.

The Porcupine Warriors will now play in the CAF Confederations Cup.