Christian Coleman Defends Himself Against Criticism Over Missed Doping Tests 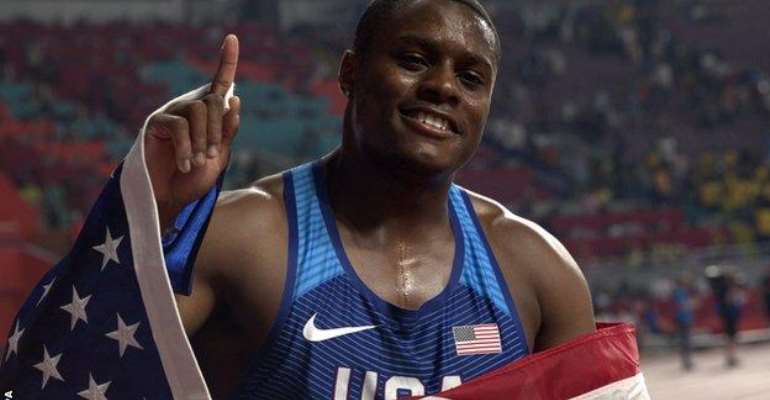 Christian Coleman defended himself against criticism over his three missed doping tests after his stunning win in the World Championships 100m final.

The 23-year-old blew away his rivals to win his first major title in 9.76 seconds - the sixth-fastest time ever.

His win came just weeks after he avoided a ban for missed tests over a technicality.

He said: "It's sad when people say the things they say when they don't really know me."

Dreams of winning gold in Doha appeared more distant in August, when the US Anti-Doping Agency charged Coleman with missing three drugs tests in 12 months.

However, it then withdrew the case after it was proved there had been a filing irregularity regarding the date of the first missed test.

"I have proved myself over the years to be a guy who does everything the right way," added the American, who won silver two years ago.

"All I can do is focus on myself and my family. I came out with a gold medal, I'm blessed."

In the interview with BBC World, he added: "Coming from where we come from, you're not supposed to be here and be a world champion. From Atlanta. People don't make it outside of that bubble, especially being a black man in America."

Coleman will look to complete a sprint double when he begins his challenge for the 200m title on Sunday.

The 37-year-old, who made his mark on the world stage with victory in the 100m at the Athens Olympics in 2004, said he now wants another crack at Olympic gold in 2020.

"It's surreal for me, it's like my career is in reverse," Gatlin told BBC World. "I felt like I arrived at the beginning of my career and now I have crossed that finishing line so many times I am just thankful.

"I find motivation from the fans, they still wish me well. I've got a few races left in me. Hopefully, I'll be in Tokyo - I don't get a bye for that one so I'll have to run hard."