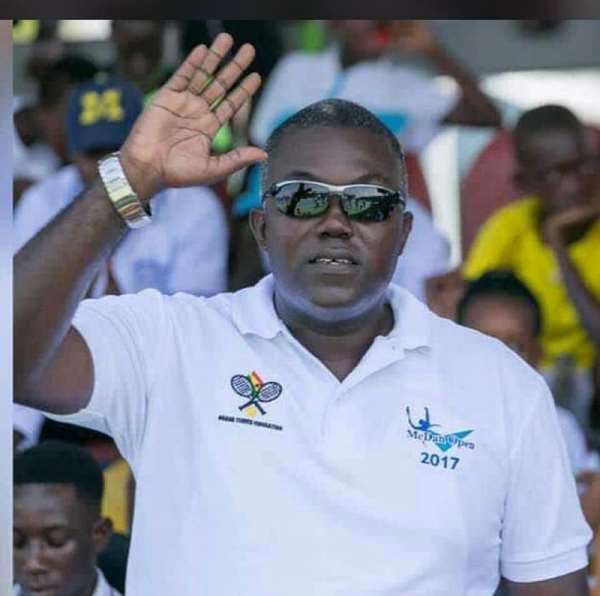 From the 23rd to 28th September 2019, the eyes and ears of all tennis stakeholders around the world will be directed towards the happenings at Lisbon in Portugal where the International Tennis Federation (ITF) will be having its 2019 Annual General Meeting to discharge the business agenda of the promulgation of major reforms, electing the President and 14 members of the board of directors to serve as the administrative and advocacy organ of the World body.

This congress comes at a time where the Ghana Tennis Federation (GTF) has gain momentum in its agenda of bringing tennis back to its former glory where Ghana was prominent at the Euro-African zone two and had players breaking into the world 200.

Thanks to Bank of Africa, a leading bank in Ghana and a subsidiary of the Pan African banking conglomerate Bank of Africa group which is present in 18 countries, the President of the Ghana Tennis Federation Mr. Isaac Aboagye Duah and Kwame Djangba, a board member are being sponsored to be part of this global decision making process of the World Tennis Body.

The bank's focus and commitment to developing deep relationship with customers has driven its growth in recent years making it possible to expand its corporate social responsibility drive towards the development of the game of tennis. The leadership of the Bank revealed that they were impressed by the high level of transparency, accountability and open-door policy adopted by the President and the current board to warrant their intervention.

Bank of Africa has been supporting the development of tennis in the past years and decided to take it a notch higher by making it possible for the Ghana Tennis Federation not to be lost out of setting the global agenda and to becoming a familiar and respected voice in the scheme of things as far as global tennis is concern.

It is highly expected that the participation of GTF at this all-important gathering will afford the leadership of the Federation the opportunity to contribute to the debate of the major reforms in tennis especially that which concerns Africa.

The President of GTF Mr Isaac Aboagye Duah attributed the growth of the game to the enabling environment created for partners to work with the Federation, he was very grateful to the bank for their intervention and support for one of the least financed but with lots of potential and is highly optimistic that the support of the Bank will ground the Federation in contributing to the policy agenda and the developmental drive of the game, create employment opportunities and give hope to young people.