VIDEO: Ghana Tames Algeria In Sétif To Secure Qualification To U-23 AFCON 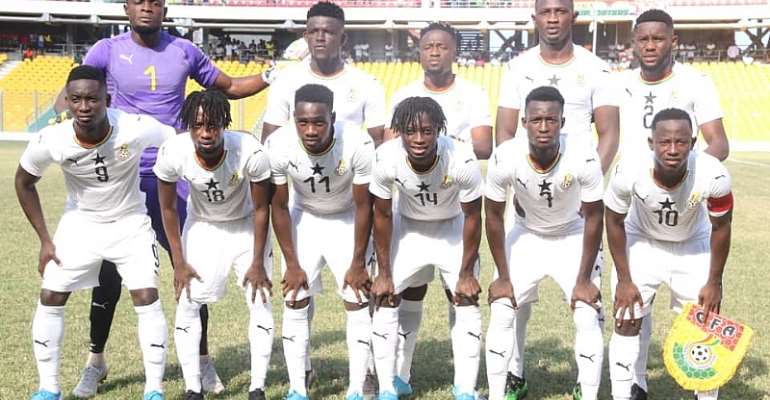 The Ghana u-23 team have earned the right to play at the 2019 edition of the CAF u-23 Cup of Nations tournament after posting a painful 2-1 victory over their Algerian counterpart at the end of the two-legged encounter in the final qualifying round.

The hosts went into the tie with the advantage after holding the away side to a 1-1 draw at the Accra Sports Stadium last week Friday. Now ahead on the away goal rule, the Foxes needed at least a goalless draw to eliminate their West African counterpart.

Following an edgy encounter, however, Ghana emerged as 1-0 victors to ensure they sealed qualification to the upcoming continental tournament. First leg villain Yaw Yeboah scored the only goal of the match to hand his side their ticket to the cup of nations.

Head coach Ibrahim Tanko and his team will now be gunning for success at the upcoming tournament which is set to be staged in Egypt later in November. The top three teams at the end of the u-23 cup of nations will get the chance of competing at the 2020 Tokyo Olympic Games.

Watch Yaw Yeboah’s solitary strike in the video below.