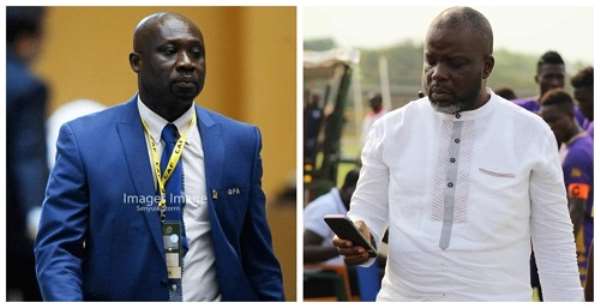 Deputy General Secretary of the ruling New Patriotic Party [NPP], Nana Obiri Boahen has threatened to drag George Afriyie and Wilfred Osei Kweku Palmer to court should they go ahead and contest in the upcoming GFA Presidential elections.

However, it would be recalled that the Justice Dzamefe Commission of Enquiry set up to look into matters relating to the Black Stars participation at the 2014 World Cup in Brazil recommended that George Afriyie, a former Ghana FA vice president and three other GFA members should stay away from working with any of the national teams in future.

The recommendation per the White Paper was based on evidence given by the former Black Stars management committee chairman to the Commission of Inquiry considered not to be truthful.

According to Obiri Boahen, he has a copy of the affidavit which Afriyie, Palmer and Albert Commey signed when they took the Attorney General to court.

Speaking on Angel FM, he said they filed their motion on July 27, 2018, at the Supreme Court.

"I will take George Afriyie and Wilfred Osei Kweku Palmer to the law court should they pick forms to contest in the GFA Presidential elections," he told Accra-based Angel FM.

"They have no credentials to contest."
Meanwhile, Congress has been held and delegates have adopted the new statutes of the Ghana Football Association.