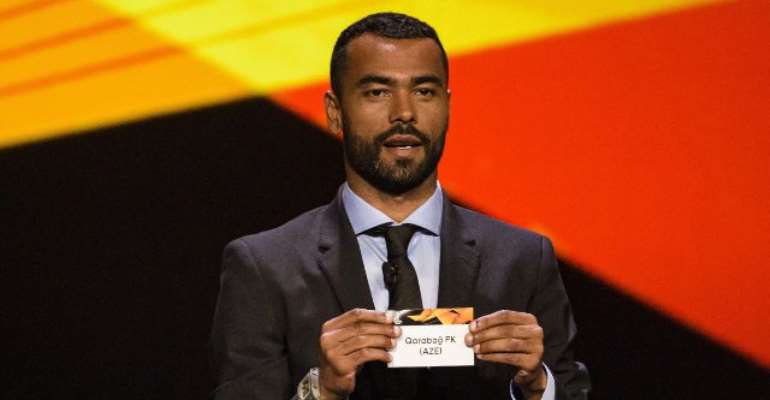 Ashley Cole has revealed he is returning to his former club Chelsea to take up a coaching role under Frank Lampard.

Cole announced his retirement earlier this month after an illustrious playing career spanning 20 years, in which he won three Premier League titles, seven FA Cups and the Champions League.

The 38-year-old was appearing as a special guest for the Europa League draw in Monaco on Friday, and the former England international confirmed he will be teaming up with Lampard again.

"I've worked under some great managers, took a lot from them so I will go back to Chelsea and work with their under-15s and see where it goes from there," he said.

Cole, who earned 107 England caps, finished his playing career at Derby County last season under Lampard, and the pair enjoyed successful playing careers together at Chelsea.

He was unable to help Derby seal promotion to the Premier League and the former Arsenal, Roma and LA Galaxy defender admitted it was an easy decision to hang up his boots.

During the summer, Cole worked as a club ambassador for Chelsea during their pre-season tour of Japan, and he will now work in the Blues academy alongside doing his coaching badges.