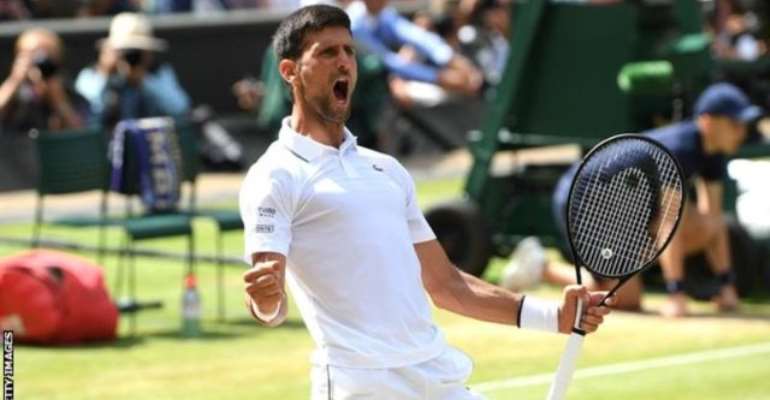 Djokovic, chasing his fifth Wimbledon title, will face Roger Federer or Rafael Nadal in the final on Sunday.

"This has been the dream tournament for me since I was a child," said 32-year-old Djokovic.

"So to be in another final is a dream come true. Regardless of the history and many finals I've played, playing finals at Wimbledon is something different so I'll definitely enjoy that experience.

"I had to dig deep. It's the semi-finals and Roberto was playing his first Grand Slam semi-final. He was not overwhelmed.

"He played really well. He was managing his nerves in the first set but later on he established himself and started to play better.

"I got a bit tight. It was a close opening four or five games of the third set - that's where the match could have gone a different way. I'm glad it went my way."

Asked if he would be watching the second semi-final between Federer and Nadal, 15-time Grand Slam champion Djokovic said: "Of course I will watch it - my coaches will probably see the whole match. I'll definitely see parts of it.

"I'm a fan of that match-up as well. Federer v Nadal is one of the most epic rivalries of all time."