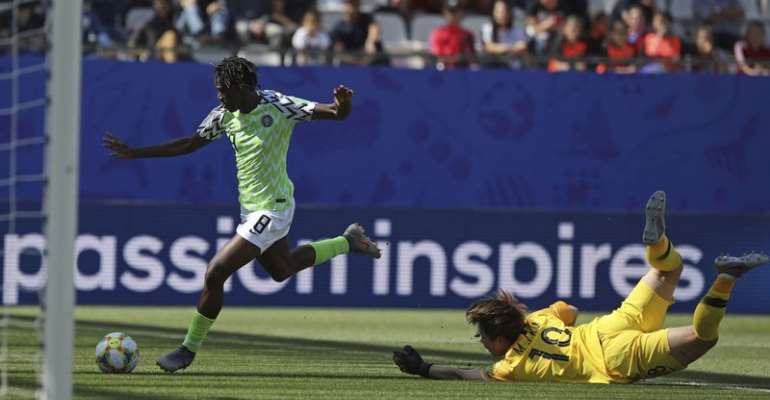 The Super Falcons of Nigeria on Wednesday afternoon posted an emphatic 2-0 victory over South Korea to record their first victory in the ongoing Women’s World Cup in France.

Prior to today’s match, the reigning Africa Champions had lost their first match of the tournament to Norway who defeated them by three goals to nothing. Needing a win to keep their hopes of progressing from Group A alive, the team rose to the occasion to put up a fine performance that saw them amassing all 3 points.

In a game in which both teams played well, the Nigerians did the needful as they converted the chances that came their way. They took the lead in the first half through an owned goal scored by Korean defender Kim Doyeon.

Some end to end action at the start of the second half did not yield any result for either side until the 75th minute when star player Asisat Oshoala rounded off the opposing keeper and slotted the ball into the back of the net from a tight angle.

The vital victory means that Group A is now open with Nigeria in pole position to make it into the knockout stage. They will play their final group game over the weekend against the host nation, France.

A draw from that game will be enough for the West Africans to book qualification into the next phase of the competition.