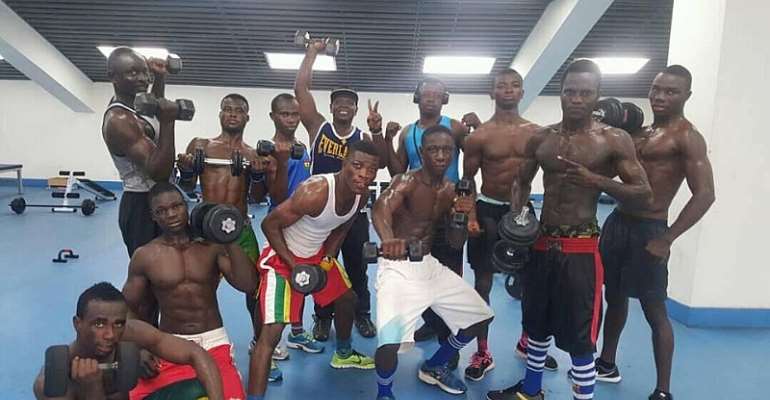 The Ghana National Boxing team, the Black Bombers are crying for help as they do not know their fate towards the next Olympic Games in Tokyo.

Reports reaching Yours Truly indicate that they are scheduled to go to Cape Verde for qualifiers to the Olympic Games, but the sports authorities have not shown any sign of offering the Black Bombers some attention or consideration.

Black Bomber coach Ofori Asare and his team have been training every time over a period as they have organized non – residential camping, whereby the boxers move from their homes to training at the Accra Sports Stadium, which is very risky and not ideal.

Some of the amateur boxers said “We are suffering in training. No motivation. No inspiration. No direction.. No sponsors... Yet we have the best boxers on the continent of Africa... Ghana Government, Ministry of Youth & Sports, please help the Black Bombers as they prepare for the All African Games and Olympic Qualification... Bukom Fist of Fury Boxing League is at a standstill due to NO FINANCIAL SUPPORT... GOD SAVE GHANA BOXING”

Meanwhile, it is known that boxing is the sport that has been giving the nation medals at an international championship.

A clear example is at the 2018 Commonwealth Games where boxing gave Ghana the only single medal which was won by Jessie Lartey, son of the assistant coach who was even left out of the squad to Australia.

Coach Lartekwei Lartey told Yours Truly if he was there in Gold Coast, his son could have won the gold medal.

Meanwhile, the Bukom Fist of Fury Boxing League that was put together by Moses Foh Amoaning and his team is also in limbo due to lack of funds.

Many Ghanaian sports fans have called on the government to support the sports that can win medals, as they give much attention and funds to football, while other disciplines are suffering.

Meanwhile, the 2019 All African Games in Morocco is also coming up in August, but the boxers have not have the preparation that they wanted.

President of the Ghana Boxing Federation GBF) , George Lamptey said they have plans of meeting their counterparts from Nigeria in a friendly competition, but they still do not know their bearings and fate.