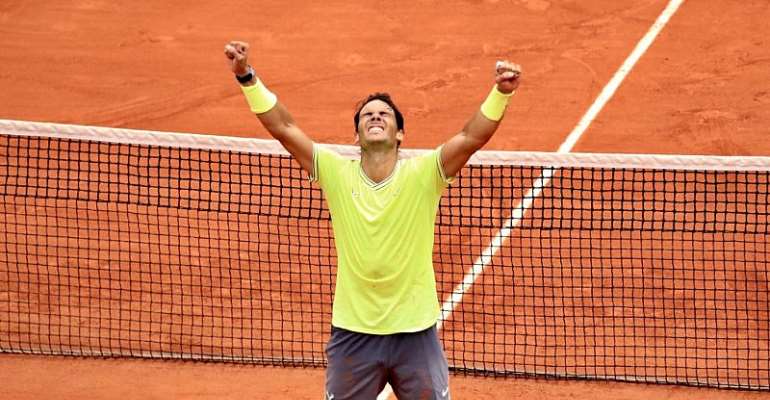 Dominic Thiem looked the part for nearly two hours during the French Open final before Rafael Nadal took him apart.

Try and keep it a secret
We shall sing a song of sadness for Dominic Thiem. The 25-year-old Austrian came over all fresh prince and claimed the second set of the 2019 final 7-5. That seemed to irk Rafael Nadal. Thiem won only two more games during the rest of the match as Nadal blitzed his way to his 12th title.

Follow flushing
After the loss of the second set, Nadal went off for a toilet break. The 33-year-old came back and went on a run of four consecutive games. “The first two sets were quite open,” said Thiem. “I played well but I missed the start of the third. Against most players it's not that serious but he came out in the third set like a rocket.” Thiem went for a toilet break at the end of the third. When he returned for the fourth, he carved out a break point on Nadal's opening service game. However, it went down the pan, just like his French Open dreams.

Home comforts
Dominic Thiem will take home a runners-up cheque for just over 1 million euros. If that wedge doesn't soothe some of his ills, his girlfriend, Kiki Mladenovic, will be at least in good cheer. She won the French Open women's doubles title on Day 15 with Timea Babos. They beat the Chinese duo Yingying Duan and Saisai Zheng 6-2, 6-3. At least he can drown his sorrows from his lady's cup.

Rom Dom
With his super chum Roger Federer turning 38 in a couple of months and possibly heading into retirement, Rafael Nadal seemed  to be casting for a new alphabro on the circuit. “Dominic, you are one of the best on the tour with good people around you and you are a good person,” said Nadal after pummelling the Austrian in four sets to win his 12th French Open title. “Thanks for being a great inspiration for me and all the kids. If I was going to lose, I would want to lose to you.” Thiem said he was grateful for the eulogy and affirmation. But we know what he really wanted.

It is not life as we know or understand it.
One of the great lines from the 1960's American sci-fi series Star Trek. And it should be applied to Rafael Nadal for his 12th victory at Roland Garros on Day 15. The review has seen all 12 of the triumphs over the past 14 years. Some have been breezes. Thanks to Dominic Thiem's spirit and brilliance, number 12 was, as Mr Spock often remarked in the series, fascinating.

We'll not accept the 4% salary increment — Coalition agains...
32 minutes ago