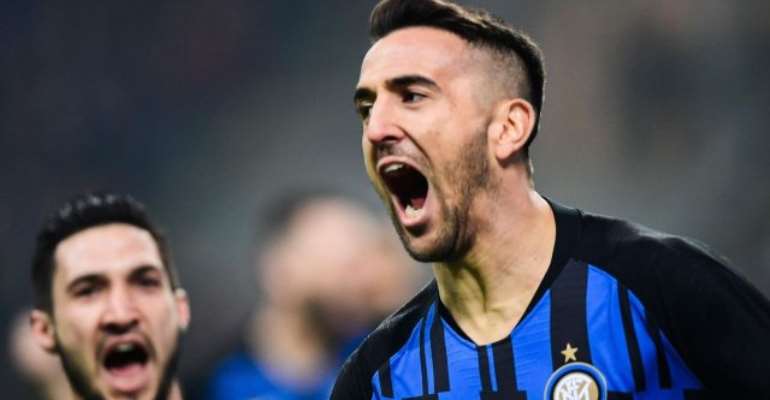 Inter Milan survived a late scare to hold on to a thrilling 3-2 victory over fierce rivals AC Milan, leapfrogging their neighbours in the Serie A in the process.

Matias Vecino broke the deadlock after just three minutes to give Inter the perfect start. It was exactly the response under-pressure boss Luciano Spalletti would have demanded following Thursday's humiliating Europa League exit to Eintracht Frankfurt.

The Nerazzurri should really have been out of sight by the interval, with Vecino spurning a gilt-edged chance for his second and the unmarked Milan Skriniar glancing his header wide from point-blank range.

Inter did make their dominance count in the 51st minute when Stefan de Vrij's header doubled the 'away' side's lead, but only five minutes later Tiemoue Bakayoko's first goal for AC Milan - a bullet header against the run of play - gave Gennaro Gattuso's side renewed hope.

I Will Be A Ganja Farmer After I Leave Parliament — Ras Muba...
56 minutes ago