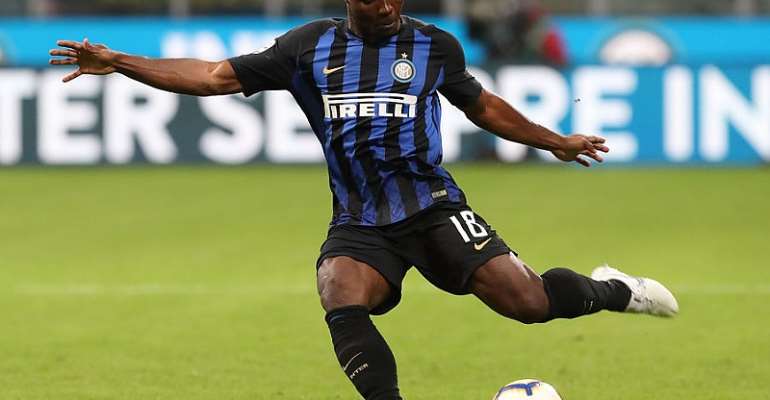 Italian giants Inter Milan want the immediate return of Kwadwo Asamoah ahead of next week's Milan derby following the cancellation of Ghana's Africa Cup of Nations qualifier against Sierra Leone.

The Black Stars was due to play their West African counterparts in doubleheader qualifiers but the game was rescinded due to the government of Sierra Leone's interference in the activities of the SLFA.

Following the cancellation of the game, coach Appiah will engage in a hurriedly-arranged friendly game against Ghana Premier League giants Asante Kotoko.

However, the 29-year-old's parent club Inter Milan are demanding he returns to Italy to start preparations for the forthcoming crunch derby della Madonnina against arch-rivals AC Milan.

Manager Luciano Spalletti will be counting on the former Juventus defender as the Nerazzuri aim to extend their winning streak in the league to five games.

The highly-anticipated clash will come off on Sunday, October 21, at the Stadio Giuseppe Meazza.