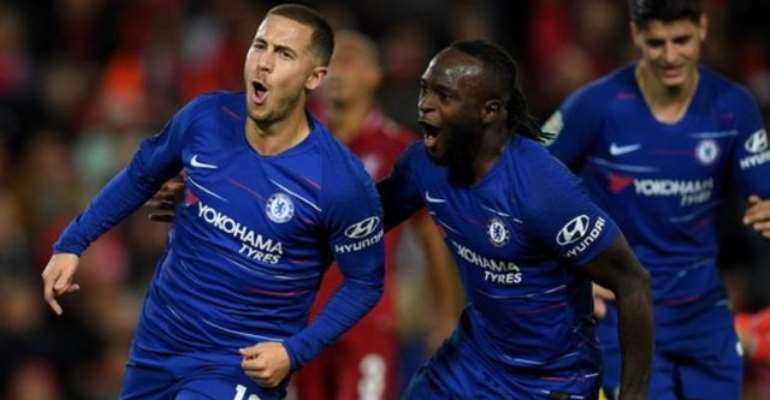 Eden Hazard scored a stunning late winner as Chelsea came from behind to end Liverpool's perfect start to the season and their hopes of winning the Carabao Cup.

Belgium international Hazard was introduced as a substitute in the second half and although he was quiet for much of it, burst into action by beating Alberto Moreno and smashing a finish into the far corner.

The Blues had been the better side in the first half with striker Alvaro Morata somehow striking a shot across the goalline and the Spaniard also nodded a free header over the crossbar.

Chelsea levelled the contest through Emerson Palmieri's close-range finish which needed intervention from the video assistant referee (VAR) to check for offside before being awarded.

Liverpool will be looking for revenge when the two sides meet against in the league on Saturday.