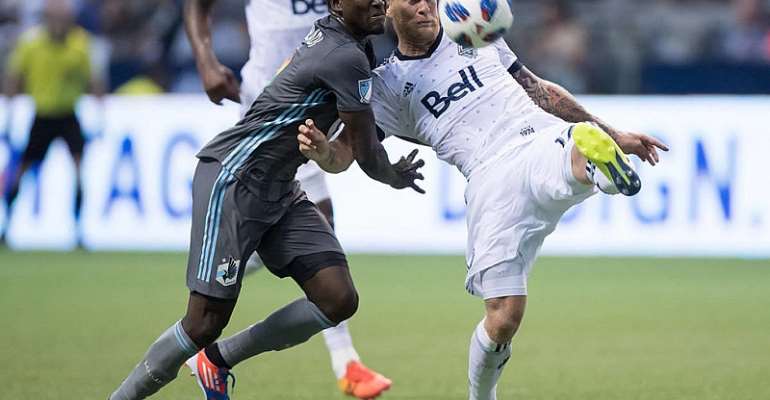 Minnesota United striker Abu Danladi scored on his injury return for the side in their 4-2 defeat at Vancouver Whitecaps in the Major Soccer League on Sunday.

The Ghanaian netted in the 87 minute but that was not enough to help the Loons as they suffered defeat.

Danladi announced his presence in style after recovering from an injury.

Minnesota forward Abu Danladi followed up with another goal in the 87th.

But Davies made sure Minnesota wouldn't complete the comeback, scoring his second of the game in the 89th minute.

Chaos during inauguration of Parliament unjustifiable – Bagb...
52 minutes ago

Bagbin declares NPP as Majority with Fomena MP
52 minutes ago