Christian Pulisic: Dortmund Star Poses With Young Fan Being Dragged Off By Security 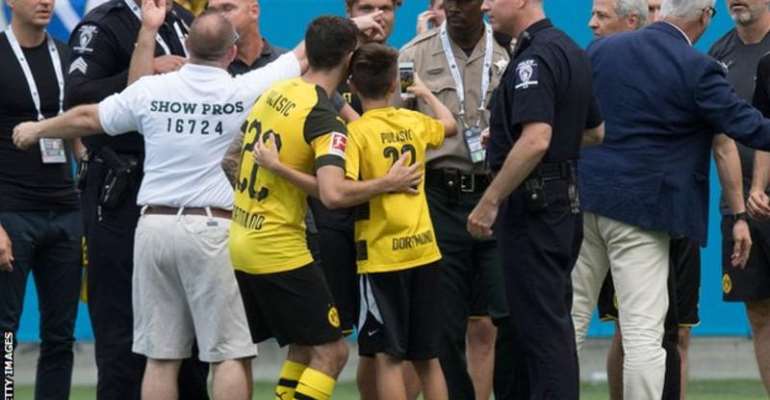 Borussia Dortmund midfielder Christian Pulisic stopped security guards from dragging away a young fan who had run on to the pitch for a selfie after the club's pre-season win over Liverpool.

The 19-year-old USA international was being interviewed after the final whistle when he spotted the supporter, who had his name printed on the back of his shirt, being restrained.

He intervened and posed for a picture before the youngster was escorted away.

Pulisic scored twice in a 3-1 victory.
He equalised with a 66th-minute penalty before making it 2-1 in the 89th minute.

But after Pulisic's double, Jacob Bruun Larsen rounded off the scoring for the Germans in added time. 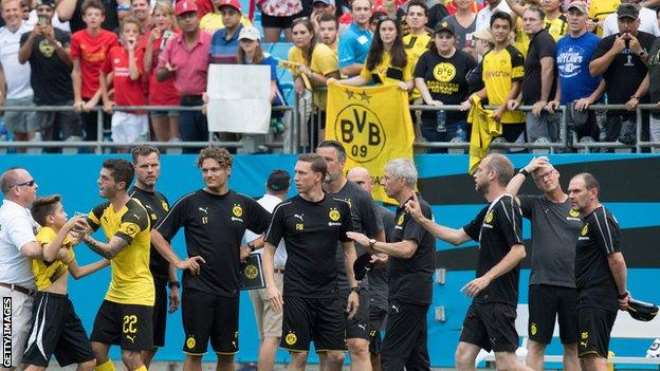 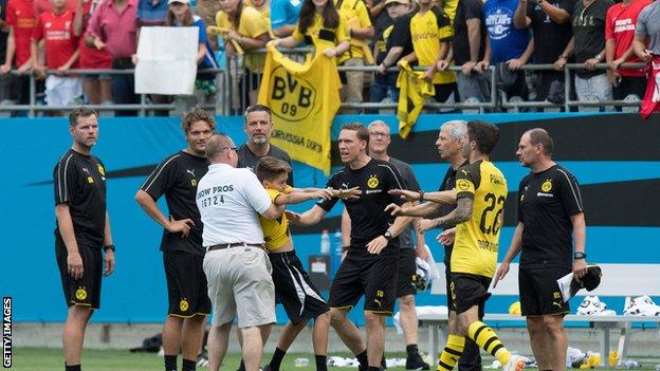