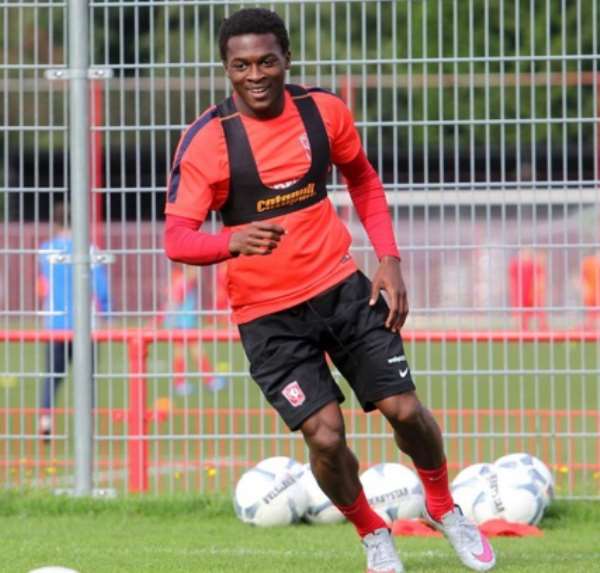 Scottish Premier League side Hibernian have reportedly opened talks with Manchester City over the signing of Thomas Agyepong in the ongoing summer transfer window.

Agyepong, who joined the Citizens as a teenager in 2015 from Right to Dream Academy, has spent the last two seasons on loan at Dutch partner club NAC Breda after previously being dispatched to FC Twente.

The 21-year-old started his loan stint at with NAC Breda in an explosive fashion until injury hampered his development, having made 12 appearances in the Eredivisie last season.

According to reports in the UK, Hibs are now in advanced talks to sign the Ghanaian wideman on a loan deal although the full details are not yet known.

Agyepong made his debut for the Black Stars in a 5-0 2019 Africa Cup of Nations qualification win over Ethiopia in 2017.