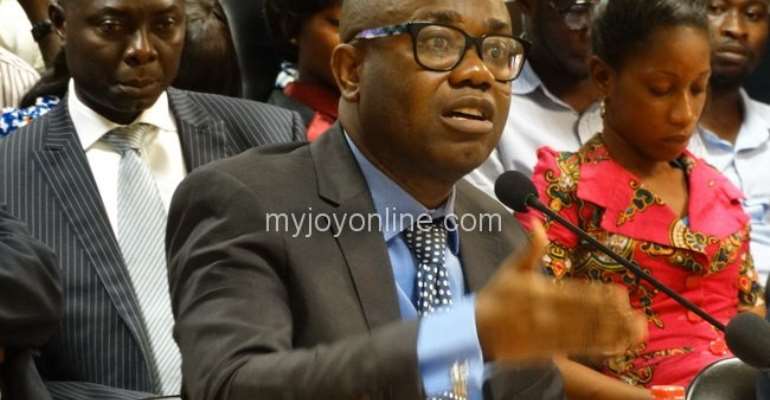 With an awkward smile, a boastful rhythmic thump on his chest and with the promises of a garrulous man the president of the GFA Kwesi Nyantakyi carelessly 'sold' the sovereignty of Ghana for $11 million to a ‘businessman’ in a hope of getting an extra one million dollars for a job well done.

But in the end he was caught by the arm, like what Ramos did to Mo Salah, dragged to the ground and left in shame at least in the eyes of thousands who thronged the Conference Centre, Wednesday, to watch the first premiere of the “Number 12” the latest Anas Aremeyaw Anas investigative piece.

Thousands had come as early as 12 noon, to watch the fall of the great FA wall built by the youngest ever FA boss who had become so powerful he could sack his vice with a yawn and a wiggle of his hand.

Standing space was premium in the hall for those who were privileged enough to get into the main auditorium at 2:00 pm.

There were several hundred more in a meandering queue all the way to the main entrance of Conference Centre itching to get in for the first bite of the Nyantakyi cherry at 3:00 pm but lost out for lack of space. They had to wait in the rain to try their luck for the second show which was at 5:00 pm, the third at 8:00 pm and hopefully the 4th at 10:00 pm. 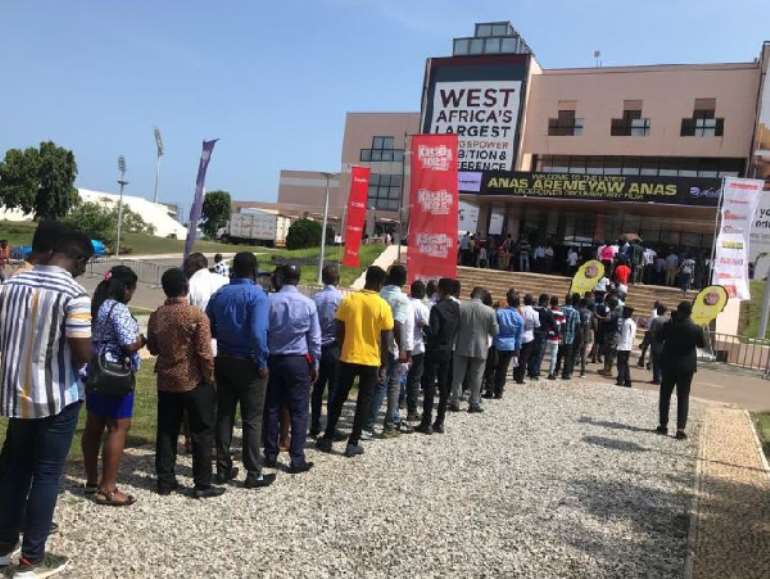 For the early birds that caught the worm, shock greeted them when they saw referees, Football Administrators captured on camera, throwing fairness to dogs and falling for baits, crumbs in a perfectly planned, well executed undercover sting meant to clean the FA of the bad, corrupt lot.

When Jesus said 'it is finished' he had saved the souls in many homes across the globe but when Nyantakyi said 'it is finished' in the video he had ‘sold’ his integrity, that of the president, the vice president, the roads minister and his deputy for $5 million, $3 million, $2million and $1 million respectively for nonexistent contracts which were to be awarded to the supposed investor, who unknown to Nyantakyi, was an undercover journalist with the TigerEye PI.

For years, corruption in football has been mere speculation.

Allegations of corruption against key football officials, referees were many but without substance. The FA president had brushed aside such allegations with such sincerity but on the day when thousands were watching live events unfolding on a giant screen at the Conference Centre ready to give a round of applause and standing ovation to the football people, none, except two, could stand the test of integrity.

Kweku Eyia and JF Mensah, two men with the GFA Executive Committee stood tall in résistance to a bait meant to compromise their faith, their positions and their decisions.

They got a thunderous clap, and a standing ovation from the crowd who sat for close to two hours watching the behind-the-veil stories of the powerful men, women, referees, in football circles dancing around in circus shortly after taking bribes in cash, goats etc and sealed every deal with a golden handshake. 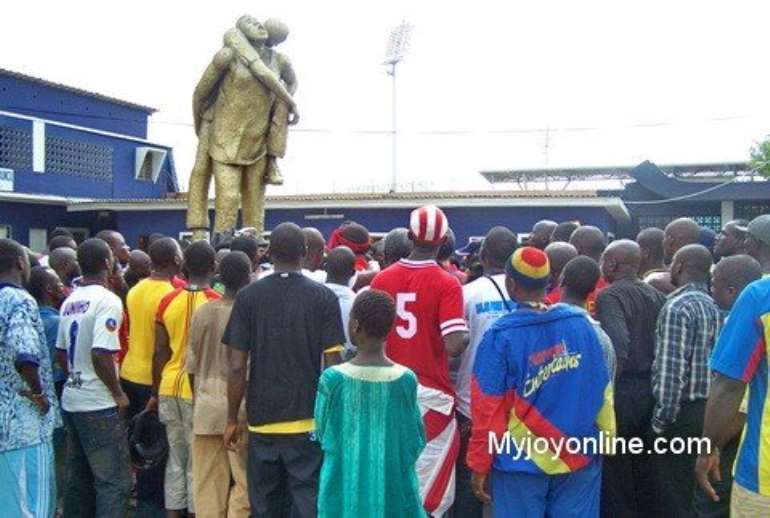 The video began with the chilling accounts of the May 9 disaster in which over 120 lives were lost as a result of crowd violence in a Hearts of Oak and Kotoko game in 2001.

At the heart of the violence was a controversial decision taken by the referee to accept a goal which the Kotoko fans deemed to be an offside goal.

While there was no evidence of money changing hands in that game it did not appear referee Samuel Suka and his team of bribe-taking referees had taken lessons from the happenings of 2001. It never did occur to them that a decision they take on the field could led to the death of people on the field and out of it over a decade ago.

Suka and his team of officials were baited by the TigerEye PI investigative team to be in the corner of the Phobians and lead them into victory in yet another Hearts-Kotoko cliffhanger. They did. In March 2017, the fairly built dark coloured referee awarded a controversial penalty for the Phobians in a game they won by a lone goal.

But the referees have shown it was possible to collect monies as bribe from one team only to go on the field and take dubious decisions against them.

What it meant was that they may possibly have taken a bigger sum in bribes from the opposing team and that was why their allegiances swung like that of a pendulum.

Dally Gabga, Limann Nuhu Alhassan were all captured taking bribes from the TigerEye PI group and in some cases, their decisions were contrary to the pledges they made before they took the bribes captured without their knowledge on camera.

Woman Power At a time when women are viciously campaigning for equal rights, the women referees were no push overs in the bribe taking adventures.

Like a decorated piece of flower given to a beautiful girl to handover to high profile personality as a welcome ceremony, one of the lady referees wanted her bribe to be packaged and handed over to a little girl and brought to her in her changing room in order not to raise suspicions. She took it wrapped in black polythene. 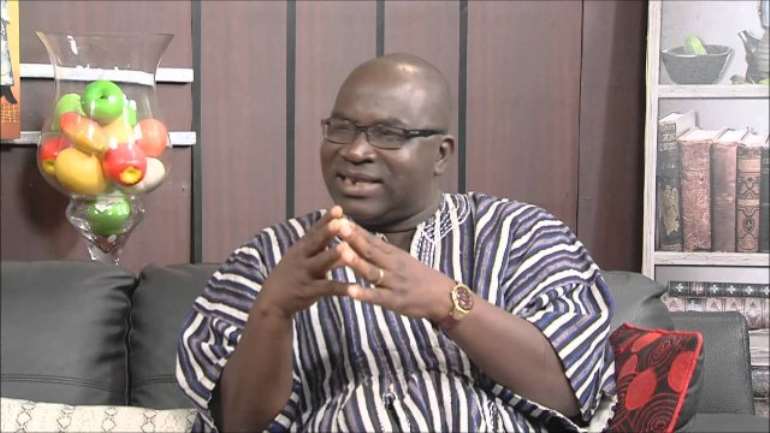 Robert Sarfo Mensah The suspended National Sports Authority boss Robert Safo Mensah who pleaded his innocence during the visa racketeering scandal that broke early this year may now have to bow his head in shame after he was captured taking ¢5,000 to get a player unto the national teams.

With a smirk on his face and a little dimple on his cheek, he took the bribe money with a promise of getting the player in there.

Some of his officers were also caught on tape taking bribes to facilitate trips abroad. The ministry of sports was not left out. Some protocol officers also fell for the Anas bait.

Football People Article 14 of the GFA Code of Ethics says: “Officials may not accept bribes; in other words, any gifts or other advantages that are offered, promised or sent to them to incite breach of duty or dishonest conduct for the benefit of a third party shall be refused."

But it wasn’t only the low ranked referees who were in flagrant breach of this article. High ranking officials of the FA breached this code with reckless abandon. 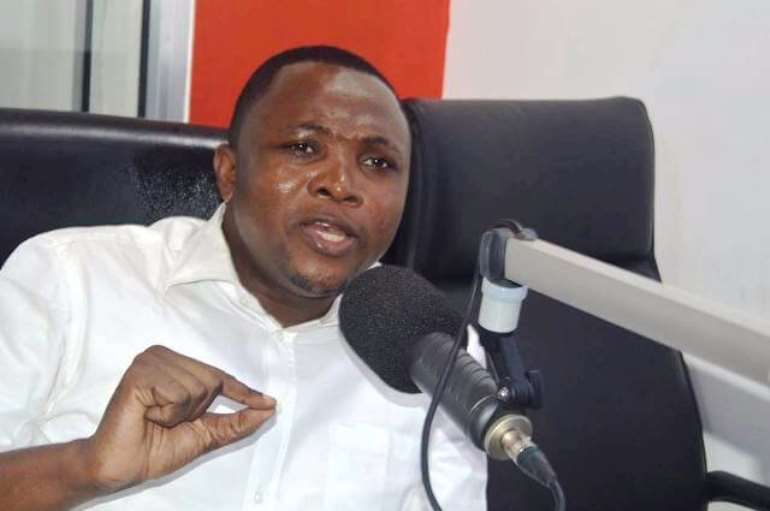 Sannie Daara When he was approached by TigerEyePi, Sannie Daara, spokesperson of the FA did well in preaching the need for hardwork by players who wish to catch the eye of the national team coach but when ¢4,000 was thrown at him as a bait to give Hearts of Oak's Thomas Abbey a place in the Black Stars he refused to take the money.

Rather he requested that the money be given to his acquaintance and money was given right in front of him.

Other key FA officials including Kofi Manu, popularly called ‘Blue Blue’, Eddie Doku, Lawal, and the only woman in the Executive Committee of the FA Linear Addy were all captured taking bribes with promises to undertake different tasks. For Addy, 300 cedis was enough to sell her integrity.

President turned Agent Article 15 of the GFA code of Ethics titled COMMISSION states: “Officials are forbidden from accepting commission or promises of such commission for negotiating deals of any kind while performing their duties unless the presiding body has expressly permitted them to do so. In the absence of such a presiding body, the body to which the official belongs shall decide.”

For a league that had gone without a sponsor for years, Kwasi Nyantakyi struck a business deal in a hope of securing a sponsor for the local league.

The sponsor who, unknown to him [Nyantakyi] was an undercover journalist, had promised a $15 million sponsorship deal for the league. The FA boss quickly rolled out a clandestine plan to shortchange the premier league teams whose interest he swore to protect.

With his right-hand man, popularly called Abu, who is also the Northern Region Chair of the FA, the two promised to set up a company to act as an agency for the new sponsorship deal.

They were to take a cut of up to 25% from the sponsorship deal once the deal is sealed.

Appearance Fee in corridors or Power 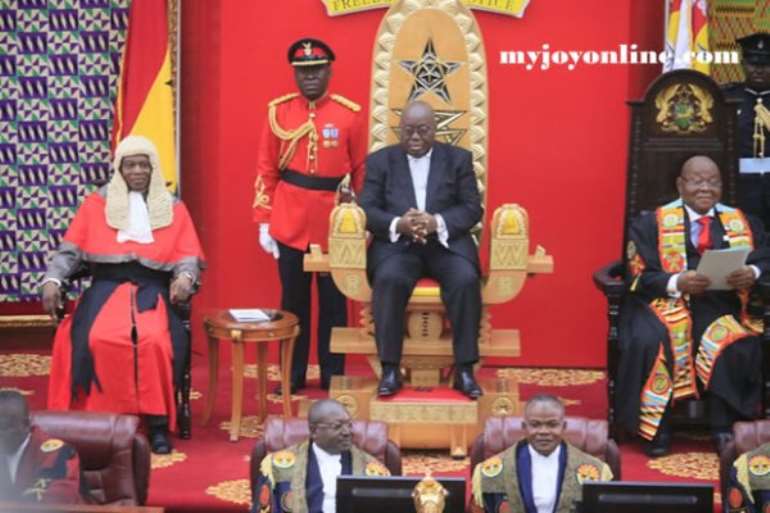 The FA president is not only used to paying and taking appearance fees for the Black Stars players and for himself during an international tournament. Apparently, in transacting the business of the FA he asks for payment of “appearance fees” as well.

He did not only want sponsorship for the league. He also wanted investment opportunities for Ghana and the supposed businessman played along.

Nyantakyi spoke of his industry, his power and influence and his ability to link the businessman to the president, the vice president and all the ministers combined if only he was ready to part with $11 million as an appearance fee.

If the businessman was ready to play ball “they will take over the whole country,” he said. With Anthony Karbo, the current deputy roads Minister, as his link man in government, Nyantakyi promised to get the businessman quick contracts including the building of bridges, especially in the north.

He mentioned Kennedy Agyapong as a powerful loud-mouth and influential MP in the governing New Patriotic Party (NPP) who cannot and must not be cut off from the deal.

He told the ‘businessman’ that the Assin Central MP is so powerful that a whole ministry had to be created for him as compensation for his support during the campaign but because he [ Kennedy Agyapong] admitted to being incapable of being a minister, he proposed that one of his boys be put there as the Transport Minister, which the president obliged.

Singing like the canary bird, the ‘businessman’ decided to put the final nail in the Nyantakyi coffin by parting with $60,000 to show his commitment to the business deal. 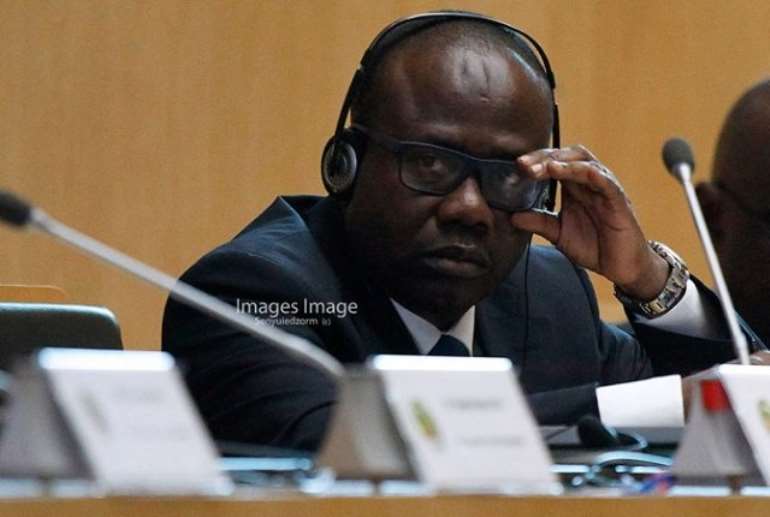 He was captured grabbing the dollars into a black polythene with glee, wearing the smile of a faithful public servant who had sealed a difficult deal.

With the speed of light and without the counsel of his lawyers nor inputs from his Executive Committee, Nyantakyi sat down, drafted two MOUs with a pen and a paper and handed them over to the 'businessman' to seal the deal for a sponsorship for Ghana's premier league and another which will allow 'the businessman' “take over the country” through the awards of contracts.