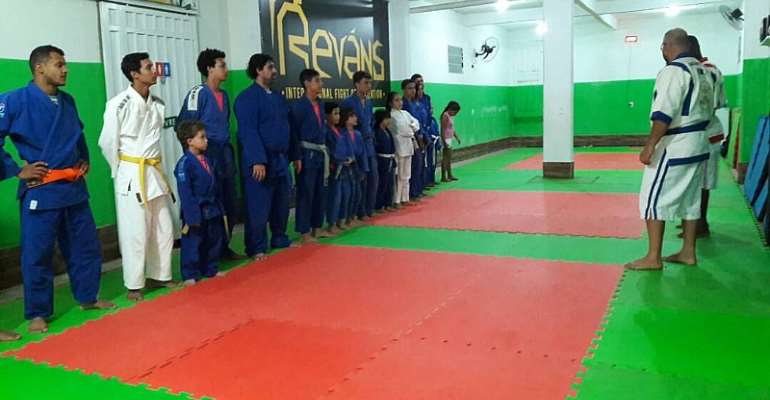 Speaking to Yours Truly from Sao Paulo in Brazil he named some of the practising courses as in Kazakh kures, mixed martial arts and judo.

The course dubbed Vitor Grigoleto International began on May 21 and ends on May 29.

Aryeh, 38, a two-time international Kazakh Kures wrestler, started his wrestling career as a kid at the age of 10 before being called to the national team in 2012.

The first Ghanaian wrestler to take part in the course, under the instructions of the renowned International Brazilian instructor, Vitor Grigoleto, Aryeh left Accra on May 22, at the invitation of Revans International Fight Organisation, organisers of the course.

He hopes to utilise the knowledge and experienced gained to instruct young MMA fighters and wrestlers to be perfect.

He noted that he would demonstrate the skills learnt at the course to his colleague fighters and wrestlers while using it purposefully to attain worldwide recognition.

“My expectations are that I would gain more knowledge and experience to exhibit it to my colleagues and the whole world during local and international competitions,” he noted.

The national 100kg traditional wrestling champion also plans to undergo training in an Olympic Freestyle Greco-Roman wrestling after the sport was introduced in Ghana few years ago.

Olivierra Welbeck is an all-round sportsman who does football, hockey, basketball and boxing. He is an employee of the National Sports Authority (NSA).