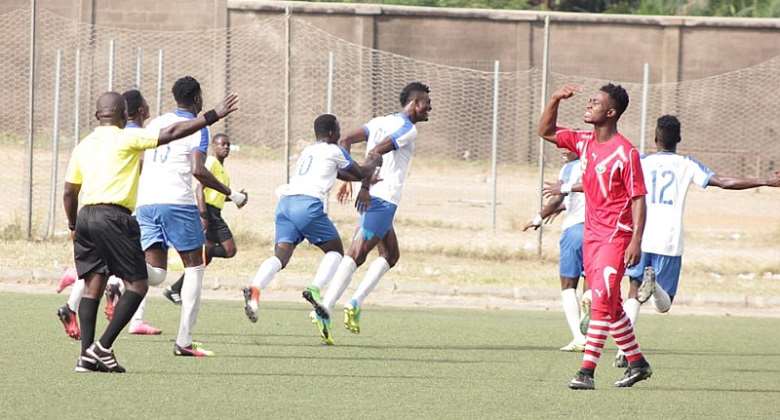 But the headlines belonged to striker Benedict Wobenu who bagged a first-half brace.

The lanky forward, wearing jersey No.99, made a gentle jump to head home a corner-kick and he doubled the lead before the half-time whistle.

He controlled a long ball from midfield to beat the goalkeeper for the second.

The third goal was shortly after the break and credit must go to Bukari who took on three players before perfectly threading a pass for the slippery Abdul Samed to round up the goalkeeper before slotting home the third.

Accra Lions will face Emmanuel FC on Monday afternoon at the same venue.