We Are In Good Condition To Play Uganda – Kwesi Appiah 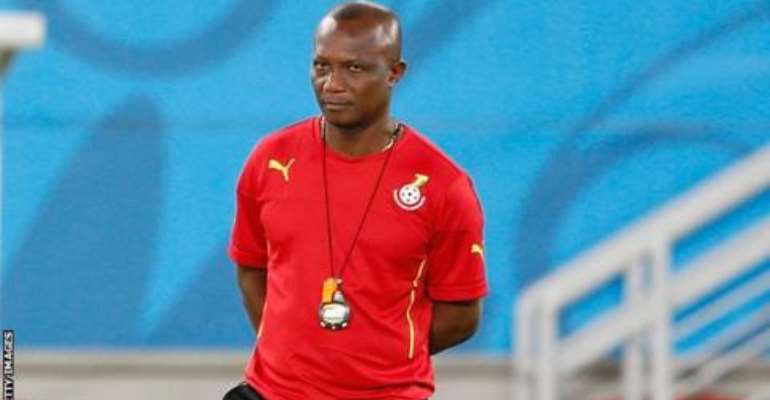 Head coach of Black Stars, Kwesi Appiah, says his players are in ‘high spirits’ ahead of their crucial FIFA 2018 World Cup qualifier against Uganda at Mandela National Stadium, Namboole on Saturday.

After camping in Nairobi for the past three days, the team will finally depart for Kampala on Thursday.

The Black Stars have been dealt a huge blow with five of their key players missing for Saturday’s encounter against the Cranes. The players namely Asamoah Gyan, Thomas Agyepong, Jonathan Mensah, Harrison Afful and Christian Atsu have all been ruled out due to injury.

But according to Appiah, the absence of star players in his squad will not affect the team’s performance during the must-win tie in Kampala.

“The squad is in high spirits especially after the huge win in Congo. We are hoping to extend that form in Kampala,” Appiah told Nation Sport.

“We are not under pressure but a win will be very positive for us. We will give it our all.”