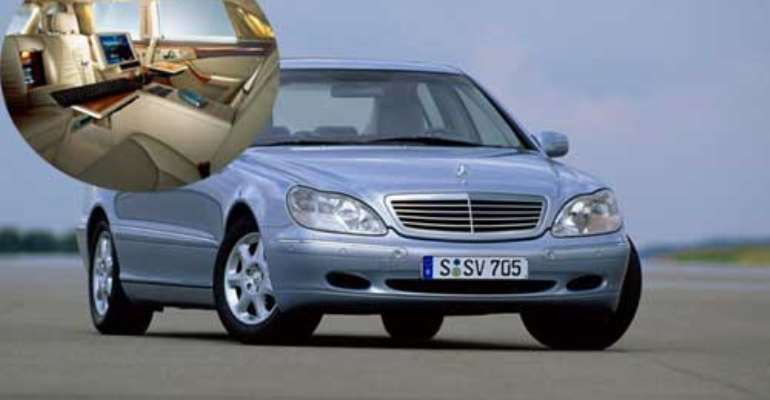 Jaman North NPP accuses DCE of division and corruption Accra, April 20, GNA - Supporters of the New Patriotic Party (NPP) in the newly created Jaman North District in Brong Ahafo have warned against the retention of the Acting District Chief Executive (DCE), Mr Johnson Ofori Asubonteng, which they say could lead to chaos and disturbances in the District.
A press statement a number local executives of the Party in the various zones of Jaman North Constituency signed and copied to the Ghana News Agency, said the DCE was leading an extravagant lifestyle and had caused a serious rift among the Executive Members of the Party in the new constituency.
They questioned the source of the money he allegedly used to acquire Mercedes and Mazda cars, a mansion in his hometown, Suma Ahenkro, a house in Sunyani and to renovate a house at Techiman. st the DCE, who is the substantive DCE for Jaman South.
Mr Ofori Asubonteng, who is the substantive DCE for Jaman South, is said to have three wives and had sent two of his children abroad.
"The question people are asking in the District is how much does this DCE earn as salary to enable him to buy such cars?"
The supporters again accused Mr Ofori Asubonteng of practising open discrimination in the award of contracts in the District, which they contended favoured only his favourites and close relations. They also attributed the loss of the Parliamentary seat in the newly created District to his machinations against the Party and open campaign for a rival candidate, leading to divisiveness and infighting within the NPP.
This and open discrimination by the DCE against the NPP candidate, Dr Kofi Oti Adinkrah, a Senior Lecturer at the Ghana School of Law, led to his defeat in Election 2004, even though, he was heavily tipped to win the seat for the NPP.
The supporters also accused the DCE of going at all lengths to sabotage Dr Adinkrah because he saw him as a big threat to his ambition to become the DCE for the newly created Jaman North District.
"The Acting DCE of this newly created District in the person of Mr Johnson Ofori Asubonteng comes from the same traditional area with the candidate of the NPP and, therefore, realised that if he won, he the DCE could not be in office.
Citing an example, the release stated that during the primaries to elect a candidate to represent the District on the ticket of the NPP, the Acting DCE single-handedly sponsored the Presiding Member of the then Jaman District, Mr Siaka Stevens, who was his preferred choice. The release said he disbursed the Poverty Alleviation Fund to only those who were either in his good books or came from the same traditional area with him.
The supporters accused the DCE of writing a petition on behalf of three Paramount Chiefs of the area to President John Agyekum Kufuor asking for his retention as DCE for Jaman North.
The statement claimed that Nana Konadu Yiadom III, Omanhene of Suma Traditional Area; Nana Kofi Sono II, Omanhene of Sampa Traditional Area, and Nana Kwame Tene, Omanhene of Kwatwoma Traditional Area, had never met to write such a petition or letter to recommend the retention of the Acting DCE.
Therefore, they said the so-called petition dated January 4, 2005 and captioned "Retention of Johnson Ofori Asubonteng as District Chief Executive for Jaman North District Assembly" was faked. The supporters, therefore, urged President Kufuor not to retain Mr Ofori Asubonteng as the substantive DCE for the newly created Jaman North since it would bring chaos and disturbances in the area.
When the GNA contacted Mr Ofori Asubonteng on telephone, he denied the allegations, saying he worked very hard for the NPP during the electioneering campaign in area that was the stronghold of the NDC.
"It is not true that I sabotaged the NPP during the elections. I supported the Party in all aspects. Jaman North is actually an NDC stronghold while the South is an NPP stronghold."
Mr Asubonteng said the NPP lost Jaman North by some 1,500 votes in the 2004 Parliamentary election.
"In the 2000 parliamentary election for example, we won the entire Jaman constituency, which was not then divided, by a margin of 800 votes. At that time, there was a National Reform Party candidate, who polled 3,000 votes.
"However, in the 2004 Election, we won by more than 5,000 votes while the North beat the Jaman South Parliamentary Candidate by 1,500 votes. I, in fact, supported the NPP in all aspects so I really don't know what they are talking about or trying to say," he stated. The DCE said he suspected that some people were trying to get him out of office hence the allegations.
"This is a time we are all waiting for the President's nominations of DCEs. We are about five contestants and I think this is an attempt to tarnish my image."
Responding to allegations on the award of contracts, Mr Ofori Asubonteng stated that they were not true because the new Procurement Act did not allow one person to award contracts.
"There are strict procedures for awarding contracts, which is normally done by a tender board.
"Even at the time contracts were being awarded, I was not at Drobo. Again, I am not the only person serving on the tender board. There was no way, therefore, that I could influence the award of contracts in the District."
The DCE also said that none of his relations was a contractor so he did not know how he could award contracts to them.
With regard to the cars, Mr Ofori Asubonteng told the GNA that the Mercedes benz car was bought for him by his son from abroad. The DCE has meanwhile promised to call personally at the offices of the GNA to respond fully to the allegations.