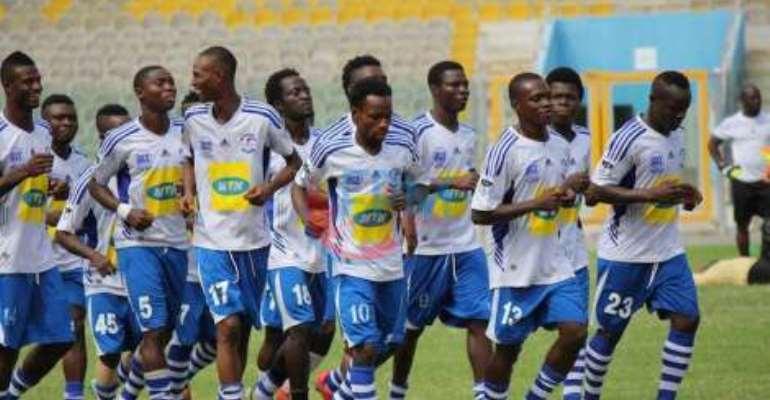 Great Olympics' return to the Ghana Premier League has been given a major boost after winning a protest against Amidaus Professionals after the Tema based side fielded unqualified players.

The former Premier League champions after their match day 27 in the GN Bank Division One League which they lost 3-2 to Amidaus Professionals at the Tema Park filed a protest against two players of their opponent.

The said players were Musah Sani and Adam Suleman. After a careful study of the evidence presented by the two clubs, the FA's Disciplinary Committee in their final ruling upheld Great Olympics' protest. READ MORE: Numbers behind Wa All Stars' historic feat

The 'Dade Boys' thus gain three points (now 60 points), stretching their lead at the top of the table to four points while second placed team Hearts of Lions have 56 points with two games left to be played.

Olympics will play as guest to Mighty Jets this Sunday at the Teshie Park in their next Division One League game. They needed just a point in the two games left to seal their return into the Ghana Premier League.