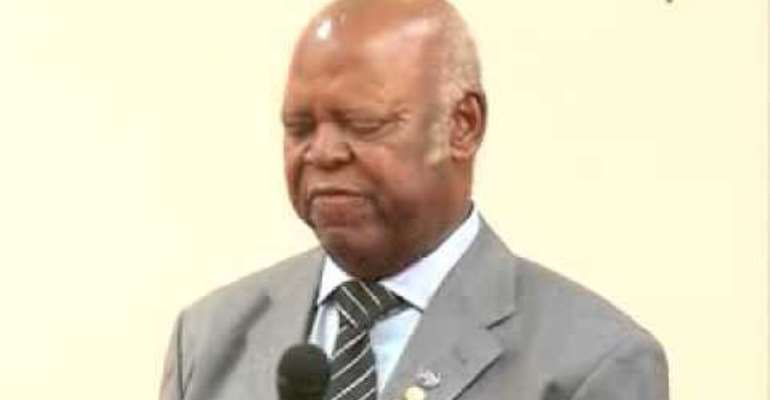 Kuofie who died a few months ago worked for Botswana FA during his active days.

He was Technical Director of the Botswana Football Association from 1992 to 2001.

The late Koufie will be laid to rest on Saturday with final funeral rites set to take place.

Koufie played club football for Cornerstones and Ebusua Dwarfs, and represented the national side from 1957 to 1958.

After retiring as a player, Koufie became a coach of the Ghanaian national side and managed Zimbabwe from 1988 to 1992.

He led Ghanaian club Asante Kotoko to the Africa Club Championship in 1971 and Great Olympics to the semi-finals a year later. He also coached Ivorian team Africa Sports, and in Ghana with Akosombo Akotex.

Police smoke out Shatta Wale, handcuff him for faking gun at...
50 minutes ago