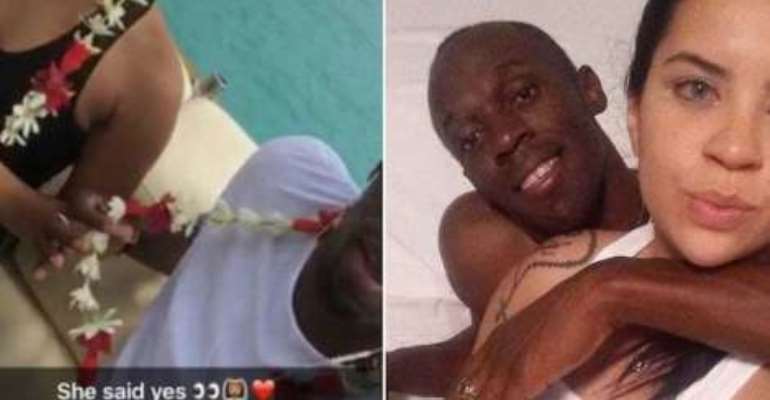 Jamaican sprinter Usain Bolt seems ready to settle down as he strongly hinted that he has proposed to long-term girlfriend Kasi Bennett.

The world's fastest man, currently vacating with Bennett on the French Polynesian island of Bora Bora, posted a cryptic photo on his Snapchat account with the caption ' she said yes', featuring a bride Emoji, stuff.co.nz reported. Read more: Rio 2016: There you go, I am the greatest, says Bolt

One wife one man is not in the Bible, every man will marry 5...
4 minutes ago