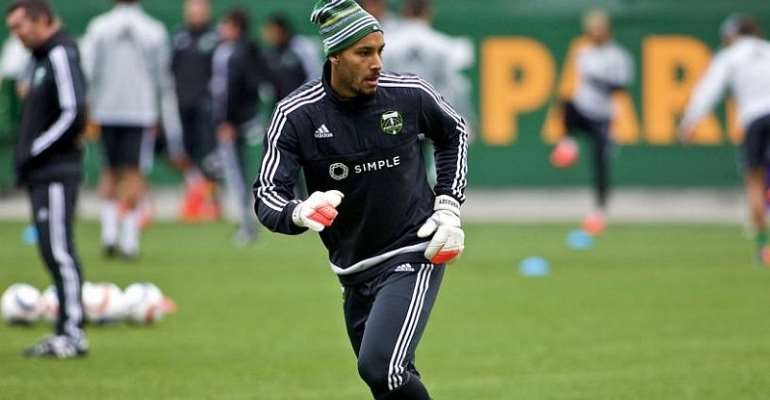 Ghana goalkeeper Adam Kwarasey is set for a shock move away from Portland Timbers with Mexican side Tiburones Rojos de Veracruz touted as his next destination.

The 28-year-old Norway born Ghana international has been out with an injury and looks set to be shipped out by his club Portland Timbers.

Multiple reports in Mexico this morning have reported that Ghana's 2014 World Cup goalkeeper is close to making the move from the United States to Mexico.

With head coach of the Mexican club Pablo Marini admitting the goalkeeper is already in the country and should conclude the move in the coming days.

'The goalkeeper is now here in Mexico, and we are close to concluding the deal,' Pablo told the media

When quizzed about whether the player comes from the MLS Marini responded, 'I will not comment on it anymore.'

The move will come as a massive shock to fans of the goalkeeper after he played an integral role in helping Portland Timbers secure the MLS title last season.