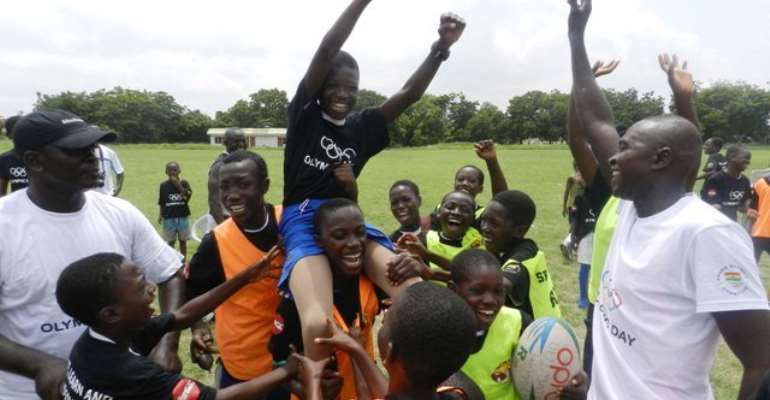 The event dubbed 'Move, Learn and Discover,' is expected to draw 300 participants from officials of the GOC, National Federations, school children and Keep Fit clubs.

They will partake in a walk from the Danquah Circle to the Accra Sports stadium in the early hours of the day.

The Secretary General of the Ghana Olympic Committee Richard Akpokavie said 'Sports compete for the attention of young people in a world becoming increasingly consumed with leisure pursuits that are primarily sedentary in nature.

'It is therefore important that as Ghana Olympic Committee, and ambassadors of the Olympic movement in Ghana, we continue to spread the popularity of sports in our country.

'But simply, consuming sports is not enough-we want to inspire especially young people to get active. One of the means we want to achieve this is through the Olympic Day Celebrations.'

Olympic Day is held annually on or around June 20 by millions of people in more than 160 countries to commemorate the birth of the modern Olympic Games. The aim of the celebration is to promote fitness, well-being and the Olympic values.