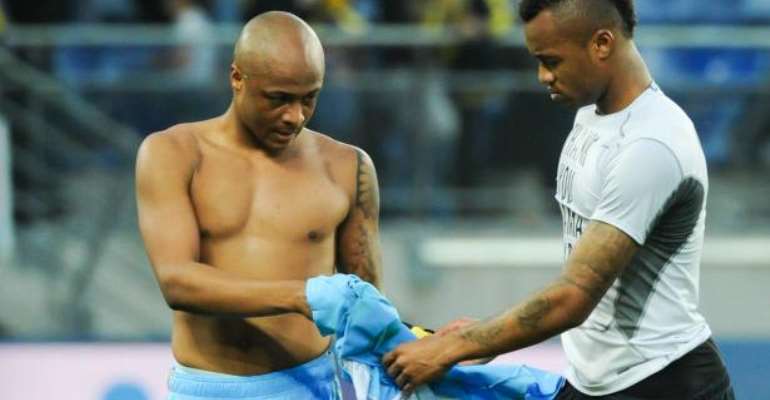 English Premier League giants Liverpool are reportedly planning to sign Ghana attacker Jordan Ayew on a £5 million bid from French Ligue 1 side Lorient, according to reports.

The Anfield side have emerged the latest Premier League side to be linked with the 23-year-old forward who scored a brace for Ghana in the 7-1 hammering of Mauritius in their 2017 AFCON qualifier on Sunday in Accra.

Jordan has emerged as transfer target for a couple of English clubs following his elder sibling – Andre Ayew’s move to Swansea City.

Liverpool’s bitter rivals Everton have also been linked with Jordan who netted 12 goals for Lorient in the Ligue 1 last season.

West Bromwich Albion, Stoke City and Newcastle United have all been linked with a move for Jordan but Lille boss Herve Renard is bent on signing him.