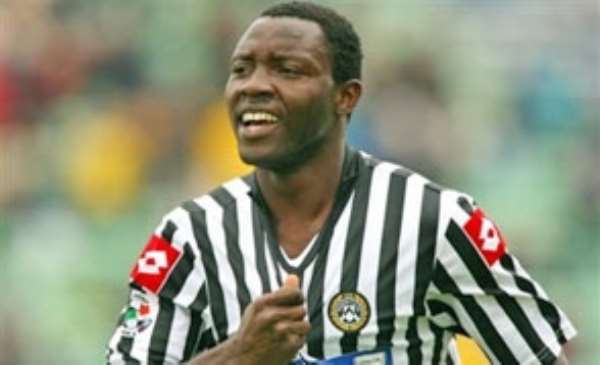 Kwadwo Asamoah
Midfielder Kwadwo Asamoah is set to make a return to training with Italian giants Juventus in the next 10 days after a five-month injury induced absence, according to Ghanasoccernet.com.

The midfielder is expected to join his club team-mates in training within the next 10 days after recovering from a career threatening knee injury.

Asamoah could even return to action for Juventus in their midweek league match against Fiorentina on 29 April, the club's doctors say.

The 26-year-old started training in the gym last month in preparation for his return to full-scale training with the Bianconeri after suffering the damaging injury.

Now doctors have cleared him to return to full scale training with the entire team which is a massive boost for Ghana in their qualifiers for the 2017 Africa Cup of Nations.

The ex-Udinese man was ruled out of action for four months back in December 2014 after picking up a knee injury, which forced him to miss the 2015 Africa Cup of Nations.

The Ghana national team stalwart was forced to miss the recently concluded 2015 Africa Cup of Nations (AFCON) in Equatorial Guinea due to the injury.