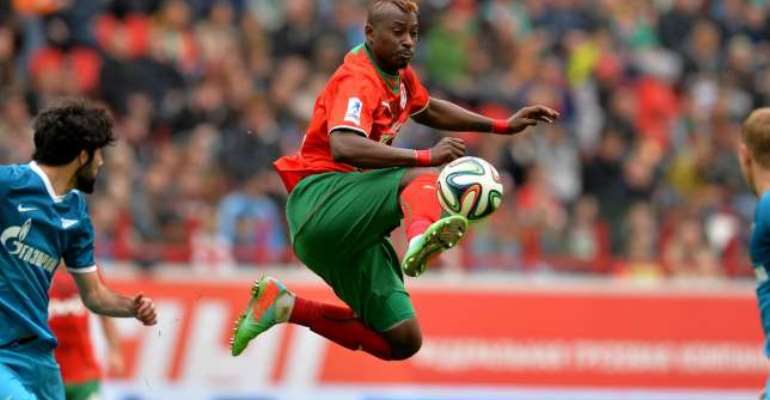 Hull City have agreed a fee - thought to be around £3million - for Lokomotiv Moscow striker Dame N'Doye.

The KC Stadium outfit have been in desperate need of cover following injuries to both Nikica Jelavic (knee) and Abel Hernandez (groin).

Both frontmen came off during Hull's 1-0 defeat to West Brom earlier this month, although they are thought to be close to a return to first-team action.

Nevertheless, Bruce has moved to add to his attacking ranks, agreeing a deal to sign Senegal international N'Doye on Thursday.

"We agreed a deal yesterday between the two clubs, which we're pleased about, but there's still a lot to do, a lot," he said.

"The boy has been away at the African Nations. Logistically he's just left Africa and there's medicals and the rest of it, like personal terms, to be done by Monday. It's going to be difficult."

Bruce, who has been linked with a loan move for Tottenham's Aaron Lennon, also revealed he was in negotiations with another top-flight side.

"We're working on a loan deal with a Premier League club, but I wouldn't think it was going to get done before tomorrow," he added.