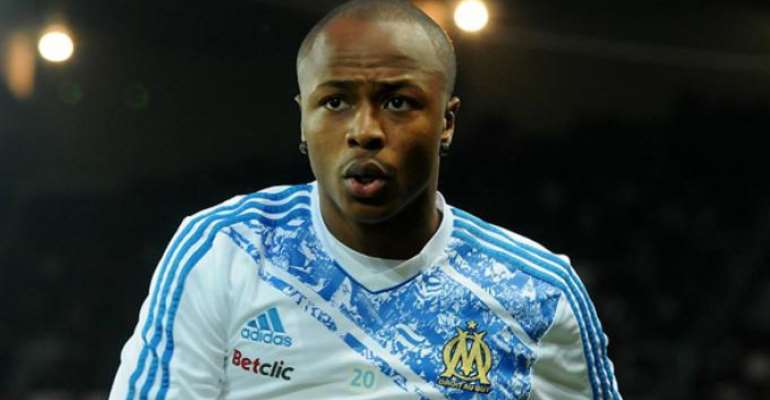 By Akyereko Frimpong Manson
Follow Akyereko on Twitter: @ AkyerekOfficial
Follow Akyereko on Instagram: @ Akyereko_official
Liverpool manager Brendan Rodgers is plotting a winter swoop for Ghana Andre Ayew who is making waves in the French Ligue 1, according to reports in England.

According to the Daily Mail, Rodgers is not too satisfied with the output of his front-line and is ready to bring in the Ghanaian is highly regarded for his top-level efficiency upfront.

The Liverpool manager anticipating a possible departure of attacker Raheem Sterling who is reportedly heading to Spanish giants Real Madrid and is angling for a move for Ayew as his replacement.

Andre, who scored two goals for Ghana at the 2014 World Cup, has officially become the player with most headed goals in the French Ligue 1 after scoring for Olympique Marseille in their 5-0 routing of Stade Reims during the mid-week.

His rabona goal in that same game is also making waves across the European continent.

Andre was linked with a summer move from Marseille but the stayed at the Stade Velodrome due to contract fee issues.

While Liverpool have re-ignited their interest in signing the winger, they are sure to face stiffer competition from Napoli who have also reactivated their lines to reach officials at Marseille for the 24-year-old's signature.