Giggs Tells United Not To Retire His Number 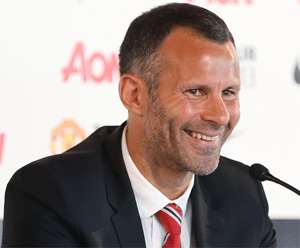 Ryan Giggs
Manchester United assistant Ryan Giggs does not believe the club should retire his number 11 shirt following the end of his playing career.

Giggs officially announced his retirement from the game in May after a spell as interim manager at the end of the last season.

The Welshman temporarily assumed the role following the sacking of David Moyes in April, and will continue to serve on the club's coaching staff as assistant to new boss Louis van Gaal.

But, despite his incredible achievements with United, Giggs wants the number 11 jersey to continue to be used.

“There are obviously special cases but it just depends on the club really,” Giggs told MUTV.”I don't think it's for United where they constantly churn over great players.”

Giggs then joked that whoever follows him in wearing the shirt will be under immediate scrutiny.”I haven't thought about who will take over the number 11 shirt – that's a good question,” he added.

“They're under pressure, aren't they? I look forward to seeing who takes it and wish them all the best.”