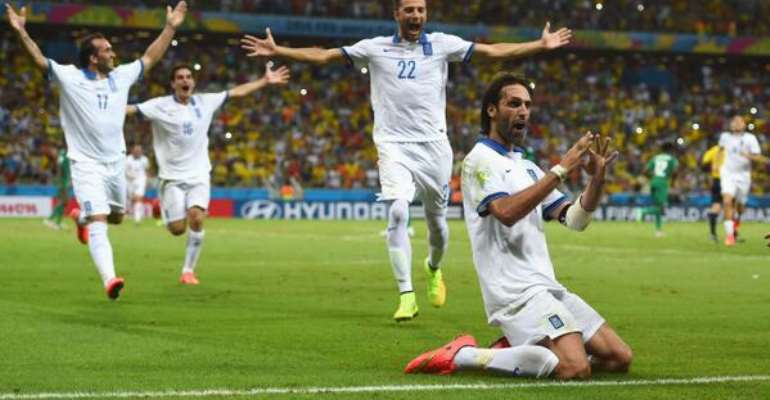 You might not like their style of play, but this would appear to be another reason to like Greece ahead of their World Cup last 16 clash against Costa Rica.

This World Cup has been dogged with bonus rows. First with Cameroon, even before they set off to Brazil.

And, most famously last week with Ghana where 3 million dollars had to be shipped out to Brazil ahead of their final game against Portugal.

Now, the Greece team have written to their prime minister Antonis Samaras and told him they are not interested in their World Cup bonus but simply want the money to be put towards a sports centre for the national team.

The Greek press report that the squad in Brazil wrote a short letter  saying: “We do not want as extra bonus, or money. We only play for Greece and its people. All we want is for you to support our effort to find a land and create a sports centre that will house our National team.”

This letter was written on Sunday June 29, 2014 and signed by all 23 squad members, it came as a result of Greece reaching the second round of the World Cup for the first time in their history.

Presumably, the Greek squad realise they are all well-paid individuals and are concerned for the future of Greece in international football.