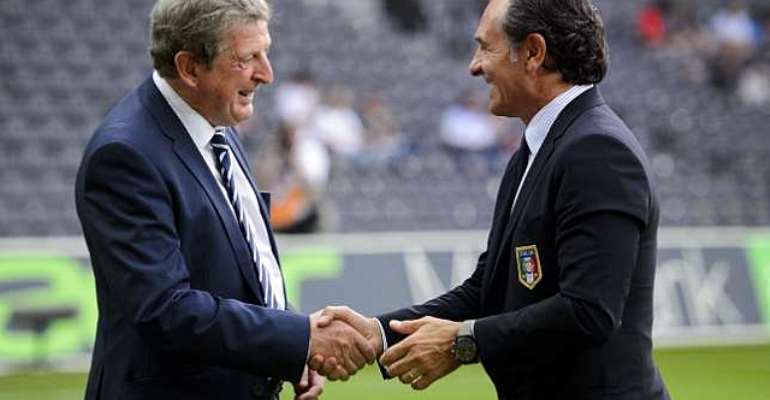 The Group D rivals meet in Manaus just short of two years since they last met competitively at UEFA Euro 2012, when Italy won on penalties in the last eight before reaching the final.

A number of players who featured in Kiev will again lock horns as the respective nations look to gain early momentum as they seek to reach the knockout stages.

With a dangerous Uruguay side taking on Costa Rica earlier in the day, defeat for either England or Italy could prove costly.

There has been something of a change of personnel for both nations, with England perhaps shading it in terms of new faces and systems.

Forced to rely on a defensive, counter-attacking approach early in Roy Hodgson's reign, the England manager now has a number of exciting young talents at his disposal.

Raheem Sterling and Adam Lallana look set to gain starting spots behind Daniel Sturridge, while Ross Barkley is also in contention to feature.

A new-look back line including Leighton Baines, Gary Cahill and Phil Jagielka will be tasked with keeping the likes of Mario Balotelli quiet.

Wayne Rooney is one of few players who remain from the starting XI from two years ago, with the Manchester United forward hoping to finally show his potential when it matters on the international stage.

"I feel better than I have done for years and I am ready for this tournament. I know that if I can play my game then I can do well," he said.

"(Previously) I have gone into tournaments with little niggles or some different things. But here I haven't missed a session."

Cesare Prandelli also has new attacking options to call on, with Lorenzo Insigne, Ciro Immobile and Alessio Cerci all set to feature in their first major tournament for Italy.

Recently-confirmed Borussia Dortmund signing Immobile is vying for a starting spot with Balotelli in Prandelli's forward line and struck a hat-trick in Sunday's friendly against Fluminense.

Last season's top goalscorer in Serie A, Immobile is among the younger members of the side, but the likes of Andrea Pirlo, Andrea Barzagli and Antonio Cassano will all offer much-needed experience in Brazil.

Pirlo, in particular, was England's tormentor-in-chief in Kiev and he believes form is with the Italians going into their opener.

"We know England are a great team who have improved a lot with new, young players coming in," he said this week.

"They have good runners but we know how to face them and have been studying England over the last few days.

"Italy have always had great games against England as we have a different approach to the sport, so we'll give our all in our own style."

England have injury worries over Danny Welbeck and Alex Oxlade-Chamberlain, while Mattia De Sciglio has been ruled out due to a thigh strain.