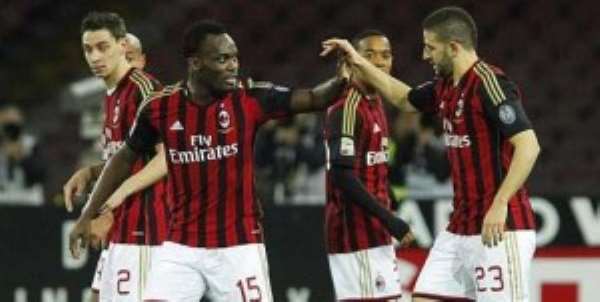 Ghana and AC Milan midfielder Michael Essien will captain the Black Stars for tonight's friendly clash with the Netherlands in Rotterdam.

The Italy-based enforcer has been named in Ghana's starting line-up to face the Dutch in the Black Stars first strong friendly before they travel to Brazil for the World Cpu in two weeks time.

With regular captain Asamoah Gyan starting from the bench, Essien will take the armband against the Oranje, the Ghana FA has reported.

This comes after coach Appiah named Essien as the assistant captain of Gyan heading into the World Cup.

Coach Kwesi Appiah has left out several key players in his starting line-up for the match which means Kwadwo Asamoah will be handed the captain's armband during the match should a younger player be called to replace Essien during the match.