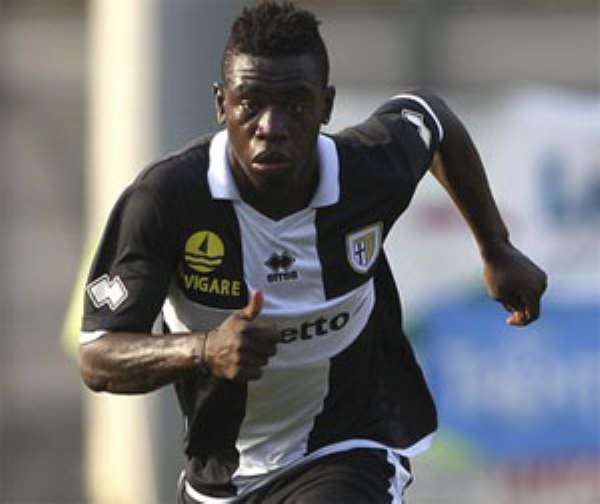 Afriyie Acquah
Ghana midfielder, Afriyie Acquah is reported to be on the transfer list of English Premier League giants Arsenal.

The TSG Hoffenheim loanee has had a good season at Parma in the Italian Serie A after playing over 20 games.

According to The Sun Newspaper, Arsene Wenger's scouts are watching out for the former Palermo defensive midfielder.

Acquah, who previously played for Ghana's U20 team, is likely to make the provisional squad for the 2014 FIFA World Cup in Brazil.

He is currently one of the best performing Ghanaian players abroad.

I won’t bow to pressure to make Parliament a ‘rubber stamp o...
47 minutes ago