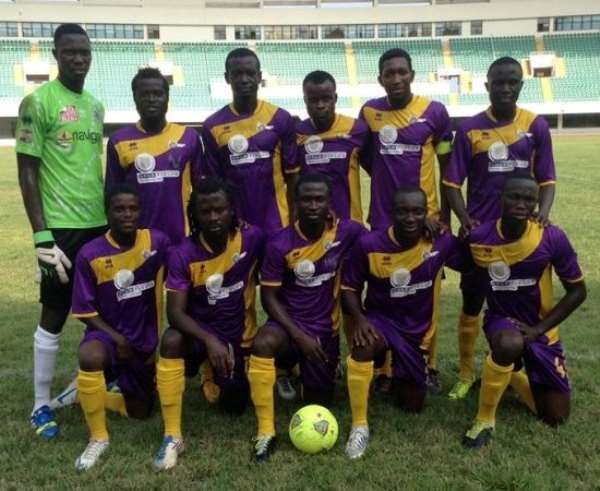 Medeama missed an opportunity to climb further in the Ghana Premier League after being held to a goalless draw by King Faisal at the Tarkwa T&A Park on Sunday.

The FA Cup holders appear to be feeling the pinch of their progress in the CAF Confederations Cup as they have now gone two games without a win in the First Capital Plus League.

The barren draw sees the Yellow and Mauves drop to 7 th in the Ghanaian top flight which has left them with an uphill task in their bid to finish in the top four.

The Tarkwa-based side now have it all to do as they next face AshantiGold who are also desperate for points to aid their own bid.