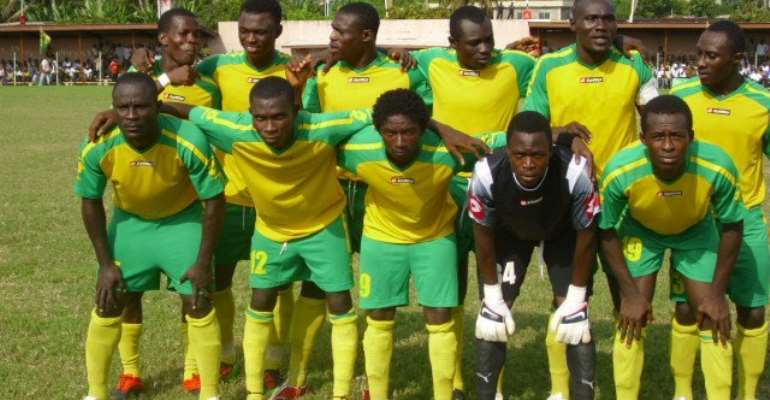 By Akyereko Frimpong Manson
Follow Akyereko on Twitter: @ Akyereko
Ghana Premier League side Ebusua Dwarfs touched down at the Kotoka International Airport on Tuesday night and jetted off straight to Cape Coast to get themselves ready for Thursday's Ghana Premier League tie against New Edubiase United.

The 'Mysterious Club' return to Ghana after securing qualification to the next stage of the CAF Confederations Cup after eliminating Senegalese side FC Jaraaf in Dakar last Saturday.

Dwarfs progressed on a 1-0 aggregate after going into the second-leg with a 1-0 lead and managing to hold their host to a pulsating 0-0 stalemate at the Stade Demba Diop.

The entire contingent headed straight to Cape Coast to get themselves ready for New Edubiase in the First Capital Plus Ghana Premier League game at the Robert Mensah Stadium.

While Edubiase have had the luxury of time to prepare for this tie, Professor Mintah's men must obviously have issues with fatigue as they were made to play their CAF Confederations Cup game just five hours after arriving in Dakar – purely due to lack of proper communication from the host.

Dwarfs' are under-performing in the Ghanaian top-flight and are trapped in the danger zone but the return of Professor Mintah seems to have turned the fate of the club overnight as they have not tasted defeat in their last three games in all competition.