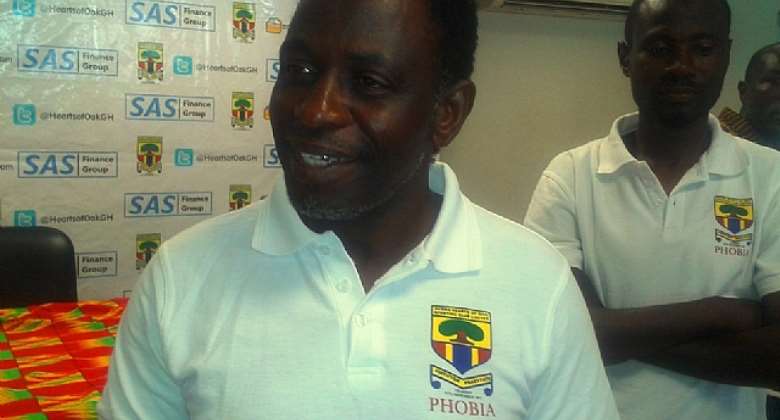 By Rahman Osman
Beleaguered Hearts of Oak coach Mohammed Polo has launched a tirade at the club's fans who have questioned his credibility to lead the former African champions.

Hearts slumped to their third defeat in five games under Polo on Wednesday when they lost 3-0 to Wa All Stars at the Accra Sports Stadium in the First Capital Plus Premier League.

The fans went berserk and called for his immediate removal.

Polo, who is struggling to improve the club's fortunes after replacing the sacked David Duncan, says the calls for his head are misplaced.

“Supporters of Hearts are not doing their part so forget about them. Who are they?  Do they pay the players?” Polo said on Asempa FM.

“If because of one individual you are willing to let your beloved club go down the wire then go on.

“Nobody can force me to quit once I have the backing of management. I will work to turn the tide but if you see the way my players are playing you can clearly tell people are using them for their individual gains and its sad.”