Premier League : The martinican Loic Remy about to leave QPR? 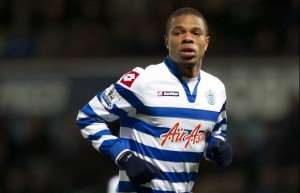 Queens Park Rangers subscribers in last place in the Premier League could no longer count on the services of LoÃ¯c RÃ©my next season.

QPR striker from Martinique Loic Remy is reportedly considering his future at the club just two months after moving to Loftus Road.

The France international, who signed for the Premier League struggling outfit in January for a reported £8m, is believed to have a release clause in his contract.

It is understood that the 26-year-old has it written into his contract that he can leave if QPR get relegated, but the forward may depart the club regardless, according to Goal.com .

“He was in a bad moment with Marseille and it was the right time to leave, but Loic sees QPR as a step to a bigger club,” a source told the website. “It is true he is on a good contract but other teams will take notice if he continues his form.”

Remy has netted three goals in five games for the West London outfit, who are at the bottom of the league table.